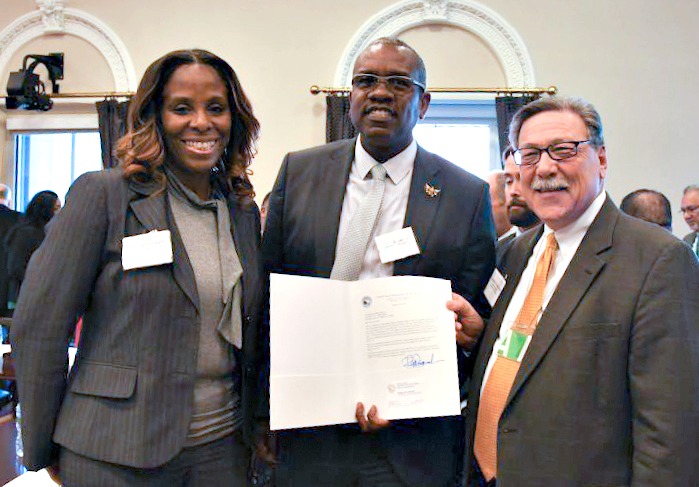 WASHINGTON — Assistant Secretary of the Interior, Insular and International Affairs Doug Domenech presented a check to Governor Albert Bryan, Jr. for $2,228,901 this week.

The monies represent an adjustment to the actual certified rum excise tax amounts for FY 2018.

Certified by the U.S. Department of the Treasury, this amount represents the final rum excise tax payment owed to the U.S. Virgin Islands for the 2018 fiscal year, according to a Department of Interior release.

“These funds are critical to the USVI government,” Domenech said. “And the Interior team has been working to conclude the transfer of funds today.”

Adjustments are calculated based upon amounts advanced from rum excise taxes derived from the USVI and collected by the federal government under the Revised Organic Act of the Virgin Islands (48 USC 1541).

Under current law, any excise tax collected on USVI-manufactured rum imported into the United States is transferred to or “covered-over” to the USVI.

Each year, the USVI Government submits an advance estimate of rum excise taxes to the Department of the Interior’s Office of Insular Affairs for a “cover-over” payment to be made in September of each fiscal year.