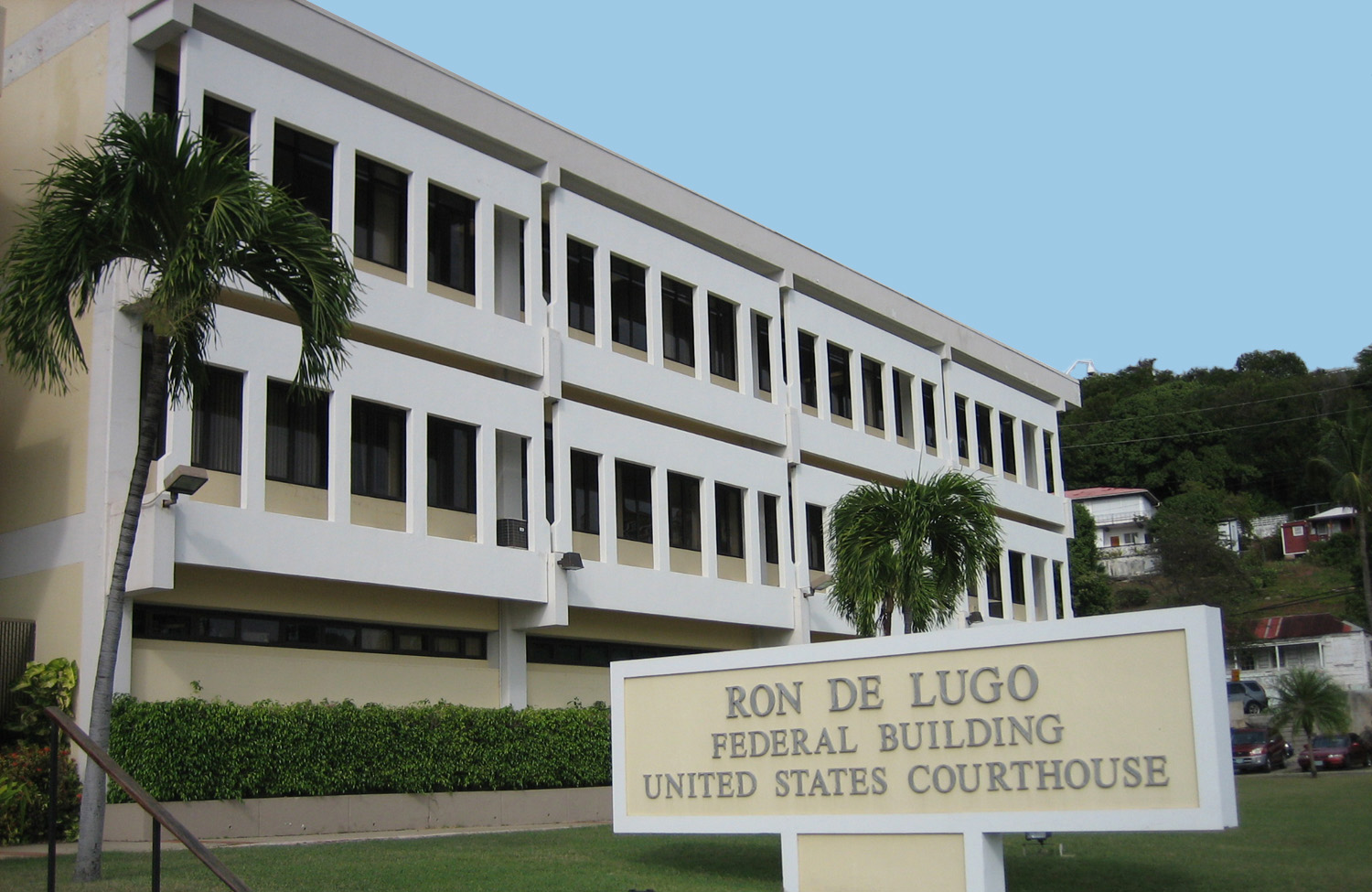 CHARLOTTE AMALIE — A Syrian teenager may be allowed to pursue an asylum claim in a Florida immigration court while facing a federal criminal charge in the territory.

George Soufan, 18, appeared in U.S. District Court on St. Thomas on Thursday, shackled and dressed in a red Bureau of Corrections jumpsuit, and addressed the court with the assistance of an Arabic interpreter speaking by phone from Miami.

According to court documents, he turned himself over to police March 16, and the matter was quickly referred to local U.S. Customs and Border Protection (CBP), along with U.S. Immigration and Customs Enforcement (ICE).

Federal agents took Soufan into custody in Red Hook and moved him to Cyril E. King Airport for processing, where they found that Soufan had no documents in his possession that would allow him to legally enter the country, and charged him with “unlawful entry by an alien,” a federal crime.

At last month’s hearing, Soufan’s attorney, Gabriel Villegas, along with Homeland Security Investigation Task Force agents, related a detailed story of his travel to and arrival on St. Thomas, which spanned more than two years.

Soufan left Syria in order to avoid being enlisted by the army and militias charged with protecting his small Christian village Ina Anaz Homs, located near the Lebanon border, according to court documents. From Syria, Soufan traveled with an uncle to Brazil – he has provided investigators with a three month visa obtained by the uncle – then onto St. Martin, where Soufan lived for two years, saving up money to travel to St. Thomas.

Soufan traveled to St. John, then took the ferry to St. Thomas, where he immediately turned himself over. During last month’s hearing, both the prosecution and defense said the criminal charge pending against Soufan could have been avoided had he turned himself into the Customs and Border Protection Office on St. John instead of traveling to St. Thomas.

Villegas agreed to waive any preliminary testimony, with the understanding that in doing so, he did not want to hurt his client’s chance at seeking asylum, which both sides eventually agreed to. Soufan had a brother in California with legal status – and an uncle with a status hearing in two months – that could take charge of Soufan pending the resolution of his case.

While Villegas proposed staying the unlawful entry charge so that it would not affect Soufan’s claim, the prosecution said they would have to do their due diligence – including background checks on Soufan’s uncle and brother, along with a visit to their house to confirm its location – before they could send him to California and release him into their third party custody with electronic monitoring.

Hoping to expedite the process, the court recessed and reconvened late in the afternoon, where U.S. District Court Judge Ruth Miller granted Soufan’s release into the custody of his brother, and under the supervision of the U.S. Probation Office.

Documents filed by Villegas a few days ago, however, indicate that instead of heading to California, Customs and Immigration agents allegedly ignored Miller’s orders.

“The facts are not in dispute,” Villegas wrote in a court motion last Wednesday. “The government stipulated to release conditions, the court entered an order releasing the defendant, the ICE respondents knew of the release order and deliberately kept a detainer in place after the release order was entered to prevent release of the defendant. The ICE respondents then kept the defendant detained and transported him to Miami, Florida, in direct violation of the court’s order.”

Villegas argued that ICE had violated the separation of powers doctrine by moving on its own.

“By seizing and transporting Mr. Soufan out of the District of the Virgin Islands, the ICE respondents appear to be attempting to intimidate the court into refusing to comply with the dictates of the Bail Reform Act to the extent said act requires that individual consideration be given to defendants, irrespective of alienage, who appear before the court charged with a violation of the immigration laws but who do not present a flight risk or danger to the community that cannot be adequately addressed by pretrial supervision conditions,” Villegas wrote. “This gambit should be seen for exactly what it is – a contemptuous affront to the dignity and authority of the District Court and its personnel.”

Villegas moved that the court direct ICE agents to immediately release Soufan and provide him with transportation to his family in California and that the ICE agents be found in contempt of court “in light of the seizure and removal” of Soufan from the territory.

“This court must act to protect its constitutionally based independence and authority. Failure to act will only embolden renegade Executive Branch agencies to conduct further inroads on,” Villegas wrote.