SAN JUAN — U.S. sanctions on Venezuela have led the New York Federal Reserve to crack down on Puerto Rico’s $50 billion offshore banking industry, according to four sources and a document seen by Reuters.

The development will prevent the island’s offshore banks, several of which are owned by citizens of crisis-stricken Venezuela, from opening accounts with the Fed that give them direct access to the U.S. financial system.

Offshore banks in Puerto Rico are able to open accounts with the Fed since the island is a U.S. territory. That gives them a competitive advantage over other offshore banking jurisdictions like the British Virgin Islands, which have to access the U.S. financial system through expensive third-party correspondent banks.

But in a previously unreported Feb. 27 letter, the New York Fed said it had halted approval of new accounts for Puerto Rican offshore banks and other financial institutions “in light of recent events, including the expansion of U.S. economic sanctions relating to Venezuela.”

It plans stricter requirements for the opening of such accounts in the future, it said.

It did not give further details on why it was taking that step. But the move follows two Puerto Rican offshore banks that have accounts open with the New York Fed being mentioned in federal investigations into money laundering and sanctions evasion related to Venezuela.

“The Fed worries about its reputational exposure, just like anybody else does,” said David Murray, a vice president at the Washington-based Financial Integrity Network and a former Treasury Department official.

A spokeswoman for the New York Fed did not respond to requests for comment.

The decision will only affect Puerto Rican banks that had pending applications with the Fed and will not affect the 17 of Puerto Rico’s 80 offshore banks that the Fed’s website shows already have Fedwire accounts. Reuters was unable to determine how many banks were awaiting responses on their applications to open accounts.

The move to suspend account approvals shows how U.S. sanctions on Venezuela, which are meant to force socialist President Nicolas Maduro from office amid a political crisis and an economic meltdown, are having a ripple effect in other parts of the global financial system.

It could deal a blow to Puerto Rico, which has been using the offshore sector as an economic development strategy as it struggles with a crushing debt load and the impact of natural disasters such as 2017’s Hurricane Maria.

The island has for years nurtured its offshore banking sector by offering tax incentives to bank owners and promoting direct access to the U.S. financial system through the Fed rather than correspondent banks, which charge for their services and can end the relationship at a moment’s notice.

Offshore banking lets individuals and companies deposit money outside their countries of residence in order to legally lower tax bills, but criminal investigations and multilateral organizations have alleged it is also used for tax evasion and money laundering.

The notice also applies to U.S. Virgin Islands offshore banks. Both territories fall under the jurisdiction of the Fed’s New York branch.

George Joyner, the commissioner of Puerto Rico’s banking regulator, declined to say how many of the territory’s offshore banks had applications pending with the Fed. He said the island regulator used the same standards as federal authorities including the Fed to supervise financial institutions, and that anti-money laundering was a “high focus.”

“Our office fully shares everything that we find in our examinations, and we share it with all the federal agencies,” Joyner said in a telephone interview.

He said “a number” of Puerto Rican offshore banks had been created with Venezuelan capital, without elaborating.

The U.S. Virgin Islands’ director of banking and insurance, Lt. Governor Tregenza A. Roach, Esq. did not respond to repeated requests for comment.

Sixteen of Puerto Rico’s 80 offshore banking and financial services firms are owned by Venezuelan individuals or companies, according to a Reuters review of their websites, corporate registry records, and directors’ LinkedIn pages and personal websites. 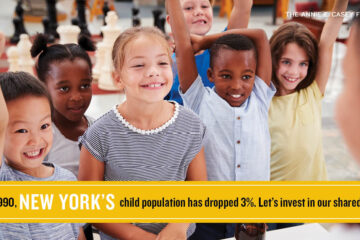