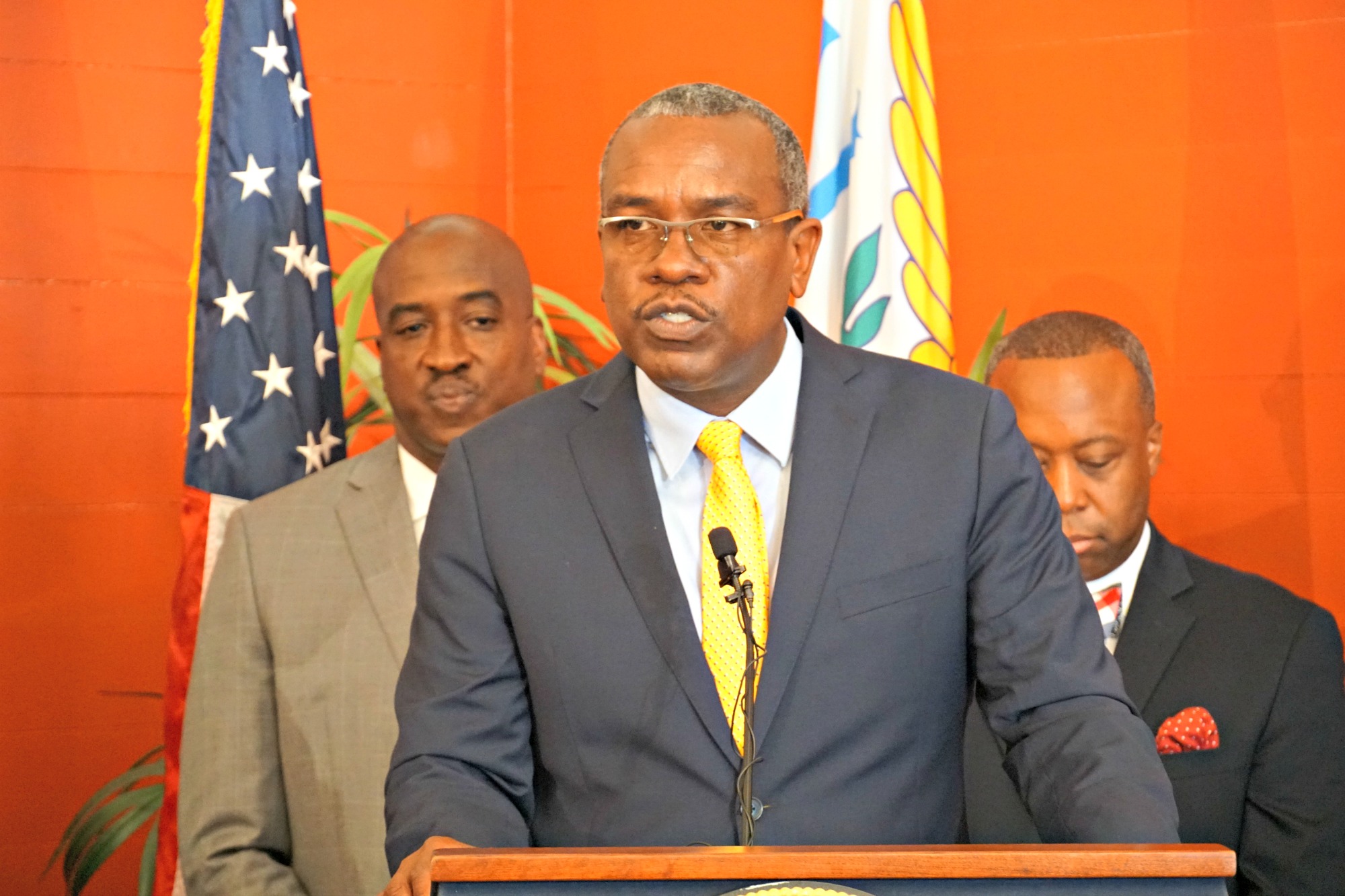 CHRISTIANSTED — Governor Albert Bryan, Jr. issued the following statement today on the proposed use of a one-time $39 million Medicaid reimbursement to the government of the U.S. Virgin Islands:
“The Bryan-Roach Administration has made its priorities clear to the public and will continue its work toward those priorities.”

“Since taking office in January, the Bryan-Roach Administration has focused on making strides toward stabilizing the government and restoring trust through transparency and accountability,” Governor Bryan said. “The established priorities were not established in a vacuum but determined through input from Virgin Islanders over the last several years.  We have also worked tirelessly to ensure a speedy and efficient recovery and have promoted economic development initiatives to ensure a strong economy that can last beyond the recovery.”

“Over the past several months, the administration considered the leadership of the Thirty-third Legislature led by then-Senate President Kenneth Gittens and Vice President Donna Frett-Gregory with a coalition of the majority of members as partners in that effort. Together, we have had numerous discussions and have conferred on plans to work together to not only reduce the overall debt of our hospitals and other agencies but also to address an issue which not only affects our government’s instrumentalities but every resident in the territory. Simply put, we must pay down the outstanding obligation of the hospitals to stabilize the Virgin Islands Water and Power Authority. The Roy Lester Schneider Hospital and the Juan F. Luis Hospital have current debt obligations to the utility in the tens-of-millions.

“Through the cooperation of the then Finance chair Senator Donna Frett-Gregory, then-Senate President Kenneth Gittens, The Virgin Islands Water, and Power Authority, and the hospitals, we distributed the $39 million in   Medicaid funds owed to the Government of the Virgin Islands in the most responsible way to address these outstanding obligations.

“This decision was key in ensuring that we don’t see a tremendous spike in electrical rates at WAPA, which could rise as high as 54 cents kW/hr negatively impacting the budgets of both residential and commercial customers. The government’s use of these funds to pay what is years-long overdue for the use of electricity helps to “sustain the operations of the hospital and VIWAPA and keeps everyone’s rates from rising higher than what is already proposed.

“The recent moves of the new majority in promising raises to employers by directing a one-time cash infusion to a recurring annual expenditure is a flashback to exactly the kind of political pandering that has created our abysmal financial situation. Raises must be sustained every two weeks; they are a recurring cost. A one-time infusion of Medicaid reimbursement funds will not address this problem. As stated in my State of the Territory Address months ago, JFL Hospital alone has outstanding debts of $54 million to vendors, $13 million of which is payable to WAPA.

“We clearly understand that employees want their raises and they deserve them, but we must change course and unlike the past take care of our existing debts before we start creating new ones. The public voted for new, innovative and transparent leadership and a new approach in the legislature. This is exhibited in the voting numbers, where the newer senators eclipsed the incumbents. Voters have proclaimed that business, as usual, is not acceptable.

“It is unfortunate but true–the public is seeing more of the same pandering for votes instead of a legislature that is dedicated to solving the tough issues. We must work together as there is much to do. I urge the legislature to move on with the bright ideas that they put forth in the election and work with our administration, on behalf of the people of the Virgin Islands to address the GERS, WAPA, and other problems that are crippling our greater progress. Work harder on your stated commitments to Virgin Islanders to identify new revenue generating streams and appropriate those funds toward our many outstanding obligations.”