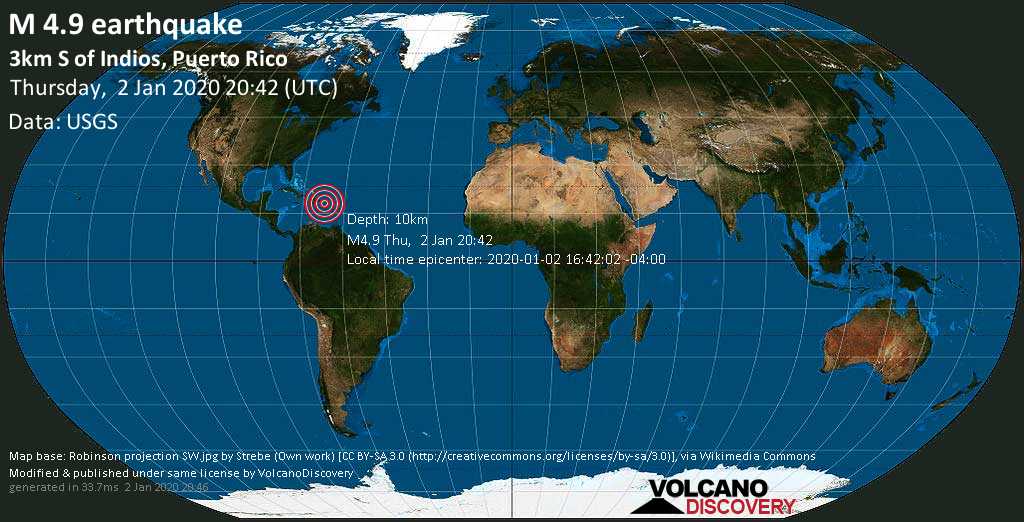 SAN JUAN — A 4.9-magnitude earthquake hit Puerto Rico on Thursday in the latest of a rare string of quakes that has frightened many in the U.S. commonwealth.

The most recent quake occurred eight miles south of Guayanilla at a shallow depth of four miles and was felt in the capital of San Juan and elsewhere in Puerto Rico, according to the U.S. Geological Survey. No immediate damage was reported.

“We haven’t stopped shaking,” said Ángel Vázquez, emergency management director for the southern coastal town of Ponce. “It’s the first time something like this happens.”

The flurry of quakes began the night of December 28, with a 4.7-magnitude quake followed by a 5.2-magnitude one that hit near Puerto Rico’s south coast and sent dozens of panicked people into the streets.

Goods fell off supermarket shelves, cracks in homes were reported in some coastal towns, and a large rock fell and blocked a road.

No injuries were reported.