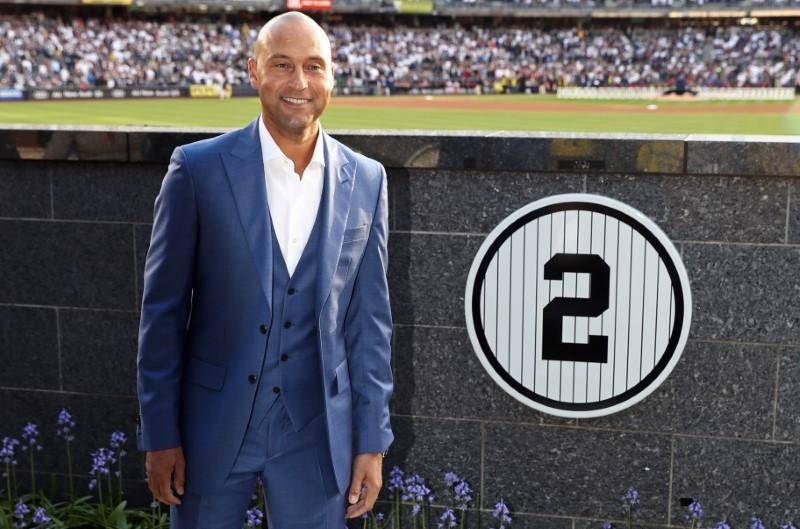 NEW YORK — New York Yankees shortstop Derek Jeter said being elected to the Baseball Hall of Fame on Tuesday was a humbling experience one that was made a little more so when the 14-time All-Star fell one vote shy of being a unanimous selection.

Out of all the greats who have been called to the Cooperstown shrine, including Babe Ruth, Willie Mays and Jackie Robinson only Mariano Rivera, Jeter’s longtime teammate in the Bronx, entered with a spotless vote.

Jeter, who helped the Yankees to five World Series titles, had been considered a slam dunk to be named to the Hall in his first year of eligibility and widely expected to join Rivera as a unanimous pick.

But instead baseball was left with a mystery, an intriguing Hall of Fame whodunit and left “The Captain” off their ballot.

“By the way I wasn’t the one,” one reporter quickly assured Jeter during Tuesday’s Hall of Fame conference call.

In voting conducted by members of the Baseball Writers’ Association of America Jeter was named on 396 of 397 ballots (99.7 percent). Also voted in was Canadian slugger Larry Walker who received 304 votes (76.6 percent).

Each will be inducted during ceremonies in Cooperstown, New York, on July 26.

“Well, I look at all the votes that I got and it takes a lot of votes to get elected into the Hall of Fame and trying to get that many people to agree on something is pretty difficult to do,” said Jeter, dismissing the one wayward ballot. “That’s not something that is on my mind I’m just extremely excited and honored to be elected.”

While Michigan native Jeter accepted the vote with predictable grace, much of the baseball world, particularly New Yorkers, was enraged.

“Jeter” quickly became the number-one trending topic on Twitter in the U.S. with many social media users expressing shock that his selection was not unanimous.

One New Yorker, who is also focused on votes these days, former New York City mayor and U.S. presidential candidate Mike Bloomberg praised Jeter as “classy and clutch” in a tweet while also laying bare his bewilderment at the one missing vote.

“There’s no mystery why you have been elected to the Hall of Fame,” said Bloomberg. “The only mystery really is how someone could have left you off their ballot!”

There is certainly little to nit-pick in a Hall of Fame resume that includes an entire 20-year career spent in Yankees pinstripe, American League rookie of year honors, five Gold Gloves, five World Series rings, a World Series most valuable player award and 3,465 career hits — good enough for sixth on the all-time list.

A superb resume but yet not quite Hall of Fame worthy for one voter.

Greg Cote of the Miami Herald went so far as to post a photo of his 2020 Hall of Fame ballot to Twitter to prove his innocence in the matter.

“IT WASN’T ME! I swear. Derek Jeter got inducted with 396 votes of 397 cast,” Cote posted to Twitter. “Somebody was after a bit of notoriety, and will get it.”