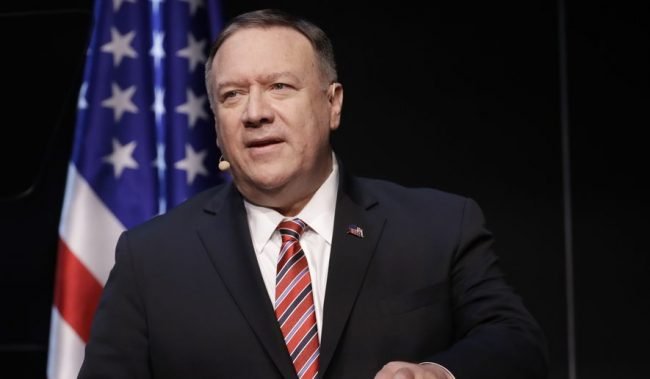 KINGSTON — U.S. Secretary of State Mike Pompeo said today that the United States is not seeking to divide Caribbean bloc CARICOM after some governments voiced discontent that only certain countries had been invited to meetings with him in Jamaica.

“There’s no intent from the United States to divide CARICOM, not yesterday, not today,” Pompeo told reporters during a news conference in Kingston. “We want all the countries of this region to prosper and be successful.”

Barbados, which currently chairs CARICOM, opted not to attend the talks with Pompeo to protest the fact that not all members of the bloc were participating. Trinidad and Tobago and some other regional governments backed the Barbadian position.

The United States is pushing to get the incumbent president of the Organization of American States (OAS), Luis Almagro, re-elected as it is seeks to create a united front against Venezuelan President Nicholas Maduro.

Almagro has been a staunch critic of Maduro, who announced Venezuela’s withdrawal from the OAS in 2017 and has accused the Washington-based group of being a U.S. pawn.

The United States no longer recognises Maduro as the Venezuelan president, instead backing opposition leader Juan Guaido. Most CARICOM countries have remained neutral, but some have sided with Washington to back Guaido.

The United States government has held out the prospect of investment to Caribbean countries that ally with it in the dispute.