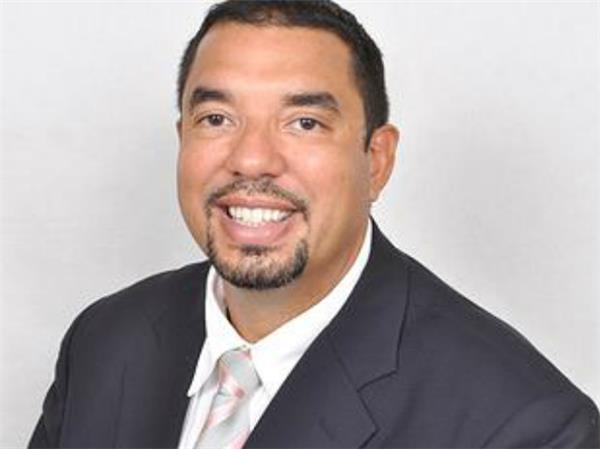 WASHINGTON — Just as the 2020 Democratic and Republican presidential primaries and caucuses get ready to begin, the Republican National Committee indicated it was investigating V.I. Republican Party Chairman John Canegata in a letter sent Thursday, the Virgin Islands Free Press has learned.

Canegata, who made national news during the 2016 campaign for various antics and rule-breaking, is accused of violating the rules of the national and territorial Republican parties in the adoption and submission of rules to govern the 2020 caucus that will ultimately send Virgin Islands delegates to the Republican National Convention for the renomination of President Donald Trump.

A complaint was submitted to the RNC in late 2019 by V.I. Republican State Committee members Todd Hecht and Gordon Ackley. In short, they accuse Canegata of improperly approving and fraudulently submitted rules that eliminated secret ballots, prohibited active-duty military personnel from casting absentee ballots, and made Canegata chairman for life by eliminating the Virgin Islands Republican leadership election.

The RNC has requested a response from Canegata. If the RNC sustains the complaint, it will be the second consecutive presidential election in which Canegata was found guilty of not following party rules.

Here is what the RNC has determined so far:

In 2015, the RNC General Counsel’s Office determined the 2016 rules submitted by John Canegata were invalid for a variety of reasons, not least because they were fraudulently submitted by the chairman who did not properly submit them for consideration and approval by the State Committee (at the time it was called the Territorial Committee).

Just as in 2015, John Canegata did not properly convene a meeting of the State Committee to adopt the 2020 rules. Additionally, the adoption of the 2020 rules submitted to the RNC occurred by an email vote of the State Committee members, which is not expressly allowed under the USVI rules. Under USVI rules, the Rules of the House of Representatives and Robert’s Rules of Order are used as parliamentary procedure of the USVI state party in the absence of a specific bylaws provision to the contrary. See, Rule 14, section 1. Neither parliamentary procedure expressly allows either email meetings or email votes in situations such as this. Additionally, USVI rules require members to be “present” to cast a vote. See, Rule 8, section 1. 2. Under USVI rules, the 2020 rules submitted to the RNC were required to be adopted by the State Committee no later than February 1, 2019. See, Rule 4, section 2.

The 2020 rules were also required to be adopted at a lawful meeting of the State Committee. Four such meetings are required to be held annually under USVI rules. See, Rule 5, section 1. The rules also have precise requirements for the calling and convening of these meetings. Specifically, a meeting must be called on at least seven days’ notice with an agenda transmitted to members no later than three days before the meeting. See, Rule 5, sections 1 and 3. Based on these requirements, it is unknown if purported meetings of the State Committee since 2017 were, in fact, legal. The closest legal meeting was a gathering of some members in January 2018 that amended the USVI rules and called for a 2018 territorial caucus to select Republican nominees and elect party offices.

Following this gathering, John Canegata, as chairman, and Robert Schanfarber, secretary of the State Committee, sent email correspondence to the USVI Supervisor of Elections on February 9, 2018, confirming the USVI state party would hold a party-run caucus in 2018 to nominate candidates for public office and conduct elections for party offices, namely members of State Committee.

This correspondence was submitted because USVI election law requires political parties in the USVI to hold elections for party offices every two years at the public primary election. The USVI state party opted out of the public primary election by assuring the USVI Supervisor of Elections that the party would conduct its own process. John Canegata failed to conduct such a process.

No caucus in 2018 was ever held. As such, it is questionable as to whether the members of the State Committee, all of whom were elected in 2016, are lawfully holding their office as it would appear that our terms as members have expired because of John Canegata’s inability to follow RNC rules, USVI rules, and USVI election laws.