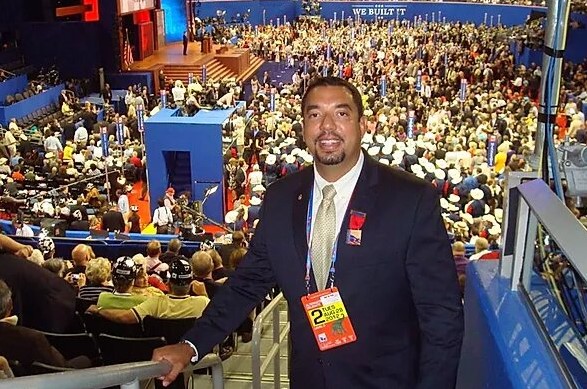 Responding to a Facebook comment on his page, Canegata described Gordon Ackley, who was the only Republican to file for party chairman in the August primary, as the “Arian [sic] prince.”

Ackley sued Canegata, Supervisor of Elections Caroline Fawkes and the Board of Elections after Canegata, who failed to collect enough petition signatures to file for the primary election, sought to cancel the primary and instead hold a party-run caucus in which he would count the votes.

Mackay is expected to issue a final ruling in the case on Tuesday.

Aryan historically refers to a people speaking an Indo-European language who invaded northern India in the 2nd millennium B.C., displacing the Dravidian and other aboriginal peoples.

It was typically used in the late 19th century and mid-20th century to describe people of Indo-European heritage as a racial grouping.