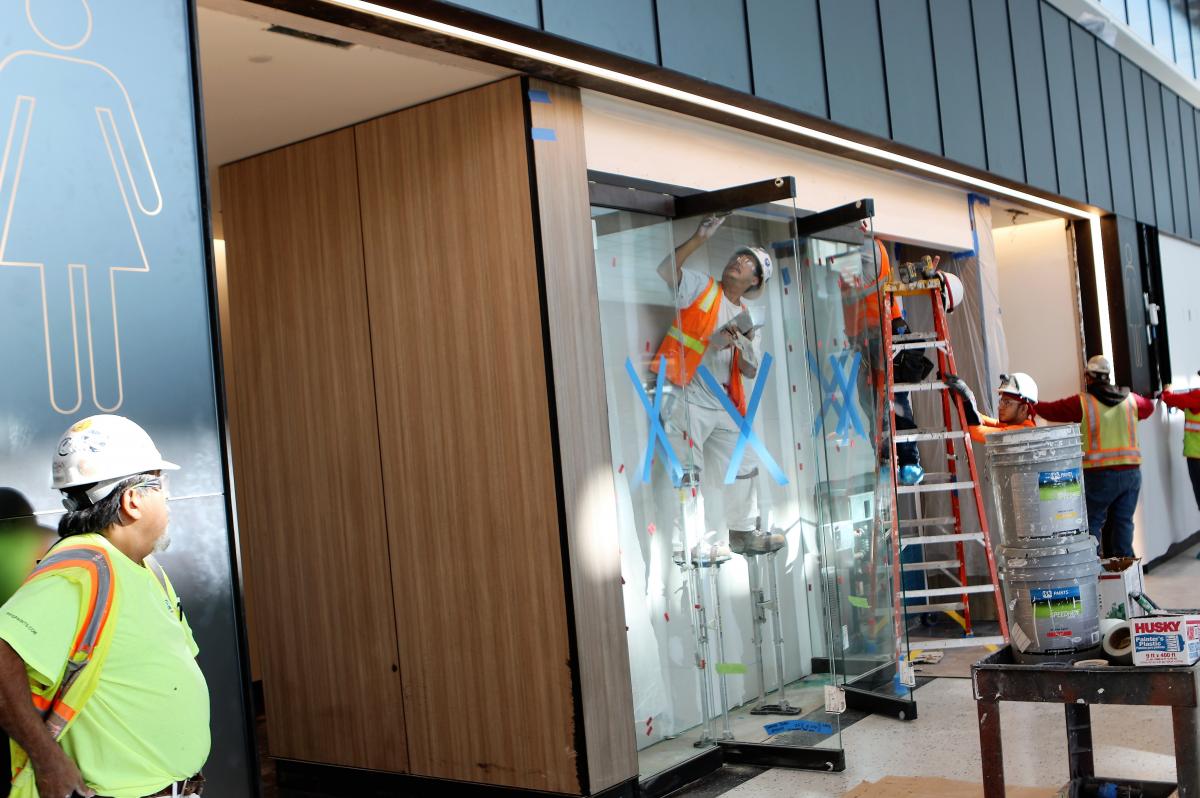 CHARLOTTE AMALIE — A man working for a contractor doing the remodeling work at the St. Thomas airport has been charged with dealing cocaine after allegedly admitting to hiding 10 pounds of cocaine in a men’s room wall inside the air terminal, authorities said..

According to the affidavit filed in this case, on Friday at about 6:30 p.m., a Virgin Islands Port Authority (VIPA) employee witnessed an adult male tampering with a trashcan in a stall in the men’s restroom located inside the Cyril E. King Airport terminal.

Officers removed the trashcan from the wall revealing an open recess in between both sides of the interior wall.

One large, brick shaped bundle and one small, brick-shaped bundle containing approximately 4.6 kilograms (10.14 pounds) of cocaine was lying at the bottom of the recess of the trashcan.

Airport video surveillance footage showed a male, later identified as Keilin Lopez Lopez, wearing a backpack enter the bathroom where the bundles were discovered. Officers located Lopez, who is an employee for a company contracted to work on the airport remodel.

After being advised of his Miranda rights, Lopez waived them and stated he removed the trashcan from the wall in the restroom stall and placed the bundles inside the wall.

This case is being investigated by U.S. Department of Homeland Security Investigations (HSI) and U.S. Customs and Border Protection (CBP).

It is being prosecuted by Assistant U.S. Attorney Juan Albino.