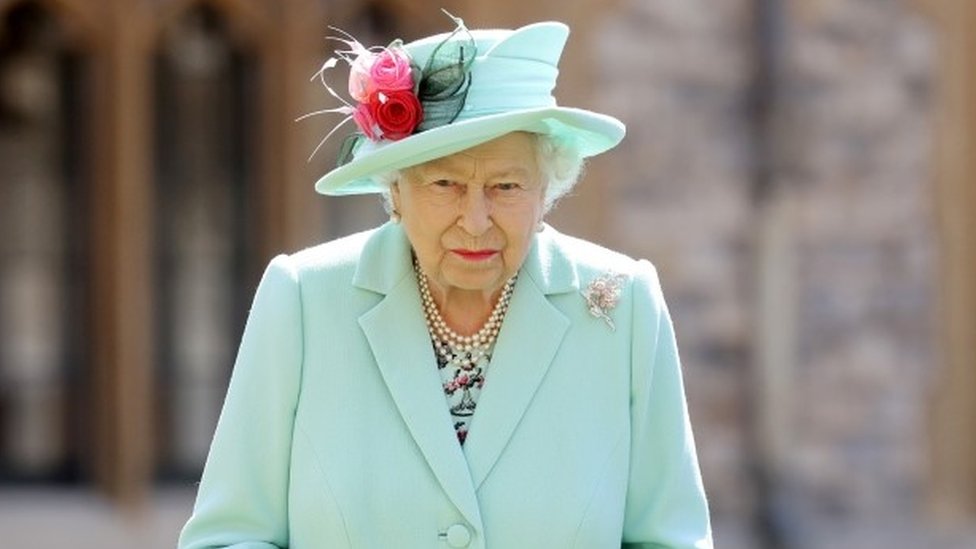 BRIDGETOWN — Barbados wants to remove Britain’s Queen Elizabeth as its head of state and become a republic, the government has said, reviving a plan mooted several times in the past.

A former colony that gained independence in 1966, Barbados has maintained a formal link with the British monarchy as have other countries such as Canada, Australia and a number of Caribbean nations that were once part of the British empire.

“The time has come to fully leave our colonial past behind,” said Barbados Governor General Sandra Mason, delivering a speech on behalf of the country’s Prime Minister Mia Mottley.

The governor general represents the queen at formal events.

“Barbadians want a Barbadian Head of State. This is the ultimate statement of confidence in who we are and what we are capable of achieving. Hence, Barbados will take the next logical step toward full sovereignty and become a Republic by the time we celebrate our 55th Anniversary of Independence.”

That anniversary will come in November of next year.

Buckingham Palace said the issue was a matter for the people of Barbados. Britain’s Foreign Office said the decision was one for Barbados to take.

“Barbados and the UK are united in our shared history, culture, language and much more. We have an enduring partnership and will continue to work with them along with all our valued Caribbean partners,” a Foreign Office spokeswoman said.

Barbados would be following the lead of Trinidad and Tobago, Dominica and Guyana in becoming a republic.

First seized by England in 1625, Barbados stayed in British hands unlike other Caribbean islands that were fought over by the Spanish, British, Dutch, French and Americans.

British colonialists used the land for sugar cane production and the island became a focus of the brutal transatlantic slave trade, as plantation owners shipped over captured Africans as slaves to work in the fields.

According to the Barbados Museum and Historical Society, by the 1670s enslaved Africans outnumbered whites by a ratio of almost 10 to one.

Many Africans did not survive the horrendous sea passage to the Caribbean and they endured appalling conditions on the plantations. Meanwhile slave owners became enormously rich.

Slavery was abolished in Barbados in 1834, and full freedom from slavery was celebrated in 1838.

Today’s population of under 300,000 is overwhelmingly of African descent. Some of Britain’s past influence remains evident: towns have names like Hastings, while the sport of cricket is very popular.

Britain, which is home to a large community of people of Caribbean descent, has recently been going through a reckoning with its role in the slave trade. Several statues of slave traders have been taken down, either by protesters or by the authorities.

Barbados, an island-nation, has long prided itself on being the most “English” of Britain’s former colonies in the Caribbean.

It said Tuesday that it will be taking steps to drop Queen Elizabeth II as its head of state and to become a republic by next year, when it marks its 55th anniversary of independence from British rule.

The first country to drop the Queen as head of state since Mauritius did so in 1992, Barbados would join Trinidad and Tobago and Guyana as members of the 15-member Caribbean Community’s “Big Four” nations to have severed ties with the British monarchy. Jamaica, the fourth member, has gone back and forth on the idea of becoming a republic but so far has not done so.

Queen Elizabeth of Great Britain, who is head of state of the United Kingdom, remains the head of state for nine Caricom member states, including the Bahamas and Antigua and Barbuda. She also is the head of state for Canada, Australia, New Zealand and several other countries that were once part of the British empire. The idea of ditching the last formal link with the British monarch post-independence was recommended in Barbados back in 1998 during a constitutional review commission. But it has remained a thorny issue for some who, despite the implications of colonialism, pride themselves on the ties to England.

But today, the move to sever ties comes as Prime Minister Mia Mottley, who wrote the Governor General’s speech, put her country on the global stage and individual Barbadians re-examine their nation’s colonial past.

In June, thousands of Barbadians signed an online petition demanding the removal of a colonial-era statue of British naval commander and slavery sympathizer Horatio Nelson.

The online petition and #NelsonMustGo campaign was launched by Alex Downes, a 30-year-old Barbadian. Downes told the Miami Herald that he has met with several government officials about removing the statue and has been given “assurances by government that the process is still going on. The discussion isn’t whether to move it or not, but where to move it to.”

As for the announcement that the country wants to cut one of its last formal links to the British monarch, Downes said: “I’m ecstatic about that; very happy because it’s something that also has been discussed for some time but there’s been, for one reason or another, a reluctance to move toward it, whether it be the fact that people still have that feeling of familiarity with the old colonial system, England or some other country.

“Barbados has sometimes been called ‘Little England’ or ‘Bimshire’ so there’s that connection with England and Great Britain,” Downes added. “Sometimes I think that is what we tend to hold on to, but it seems now more so than ever people are ready to make a move.”