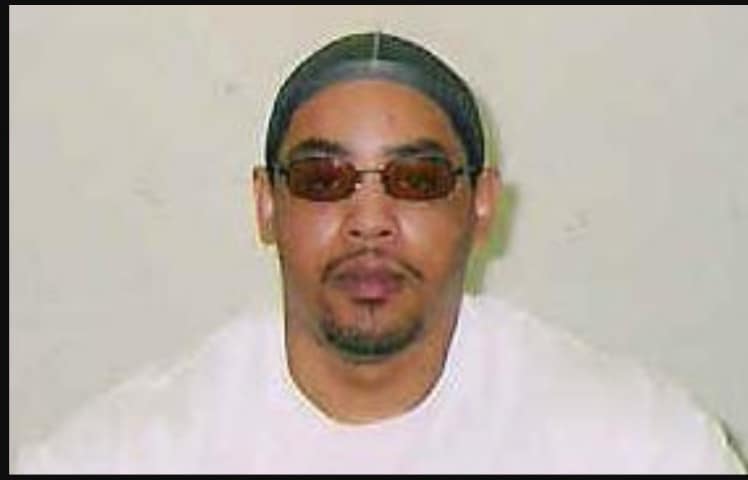 ARLINGTON — A Texas death-row inmate convicted of kidnapping and killing a St. Croix teenager in 1994 has received a federal execution date in November, authorities said.

If the state-sanctioned killing of Orlando Hall goes ahead as scheduled, he would be the eighth person executed this year as part of the Trump administration’s resumption of federal executions. There had been only three in the previous half-century and were all during George W. Bush’s first term in office.

Hall’s lawyers said in a statement that their client is scheduled to die by lethal injection November 19 at a federal prison in Terre Haute, Indiana. The U.S. Department of Justice confirmed that information.

Hall, 49, a marijuana trafficker from Pine Bluff, Arkansas was one of five men who prosecutors said kidnapped, raped and murdered 16-year-old Lisa Rene in an act of revenge against her two brothers for a botched $4,700 marijuana deal.

FBI agents and other local law enforcement personnel would launch a week’s long investigation. Where they would then find Lisa Rene buried, laying in the fetal position in a shallow four-foot grave with both hands covering her face; on the property of Byrd Lake Nature reserve in Pine Bluff, Arkansas.

An autopsy concluded that Lisa had been sexually assaulted and died of asphyxia; due to obstruction of the airway and blunt force trauma, after being bludgeoned with a shovel to the head and face. The autopsy further proved she may have regained consciousness after what the coroner concluded was her being buried alive.

A memorial service was held for Lisa Rene and her surviving family members in Barren Spot soon after her brutal killing in Texas. It was standing-room only inside the St. Croix church 25 years ago.

“I am well pleased to see justice finally served in Lisa’s case,” Jelani Ritter said on Facebook. “She was a kind, sweet soul!”

In June of 2019, a federal judge threw out the death sentence for Bruce Carneil Webster of Arkansas, who was also convicted in Rene’s death, after his attorneys successfully argued that he was “intellectually disabled.”

Hall, who is Black, was sentenced to death by an all-white jury and his lawyers claim that the selection of those jurors displayed racial bias. His attorneys say that Hall has never denied his connection to the crime and he has shown remorse for his actions.

Jurors who decided his fate, they contend, weren’t aware of the severe trauma Hall experienced growing up and how he had once saved his three-year-old nephew from drowning by leaping from a balcony to rescue the boy at a motel pool.

“Had jurors known these facts about Mr. Hall, there is every reason to believe they would have spared his life, despite his admitted involvement in a terrible crime,” the lawyers’ statement said.

Of the seven inmates executed so far in Terre Haute, Indiana, five have been white, one Black, and one Navajo.

Racial bias in the criminal justice system was thrust into the spotlight again this year after the death of George Floyd while in police custody. A recent report by the Death Penalty Information Center said Black people remain overrepresented on death rows across the country.

Of the 55 federal inmates currently on death row, nearly 50 percent are Black. This despite the fact that, according to the Census Bureau, Black people only make up roughly 13 percent of the overall American population.

The rest of the inmates are roughly 40 percent white and 12 percent Latino. There is also one Asian inmate on federal death row.