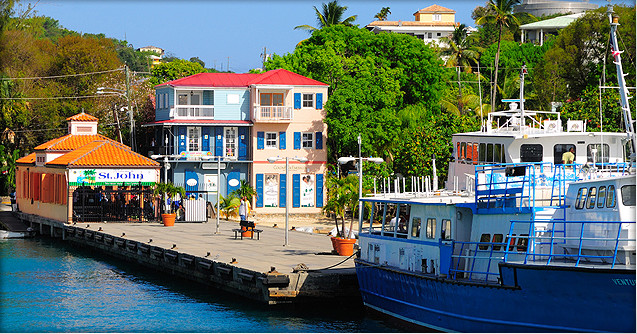 CRUZ BAY — A man waiting with his girlfriend at the ferry dock in St. John was assaulted after he tried to stop two men from stealing the woman’s bag.

Officers were dispatched to the Myrah Keating-Smith Clinic in reference to an assault about 9:13 p.m. Sunday, the Virgin Islands Police Department said.

“The male victim reported that while in Cruz Bay waiting for the Red Hook ferry, he and his female companion were approached by two unknown suspects who attempted to take the woman’s bag,” VIPD spokesman Toby Derima said.

The suspects physically assaulted the male victim, who was later transported to the St. John clinic for treatment of his injuries in the incident, Derima said.

Police are asking for the community’s assistance in finding the suspects in this incident, he said.