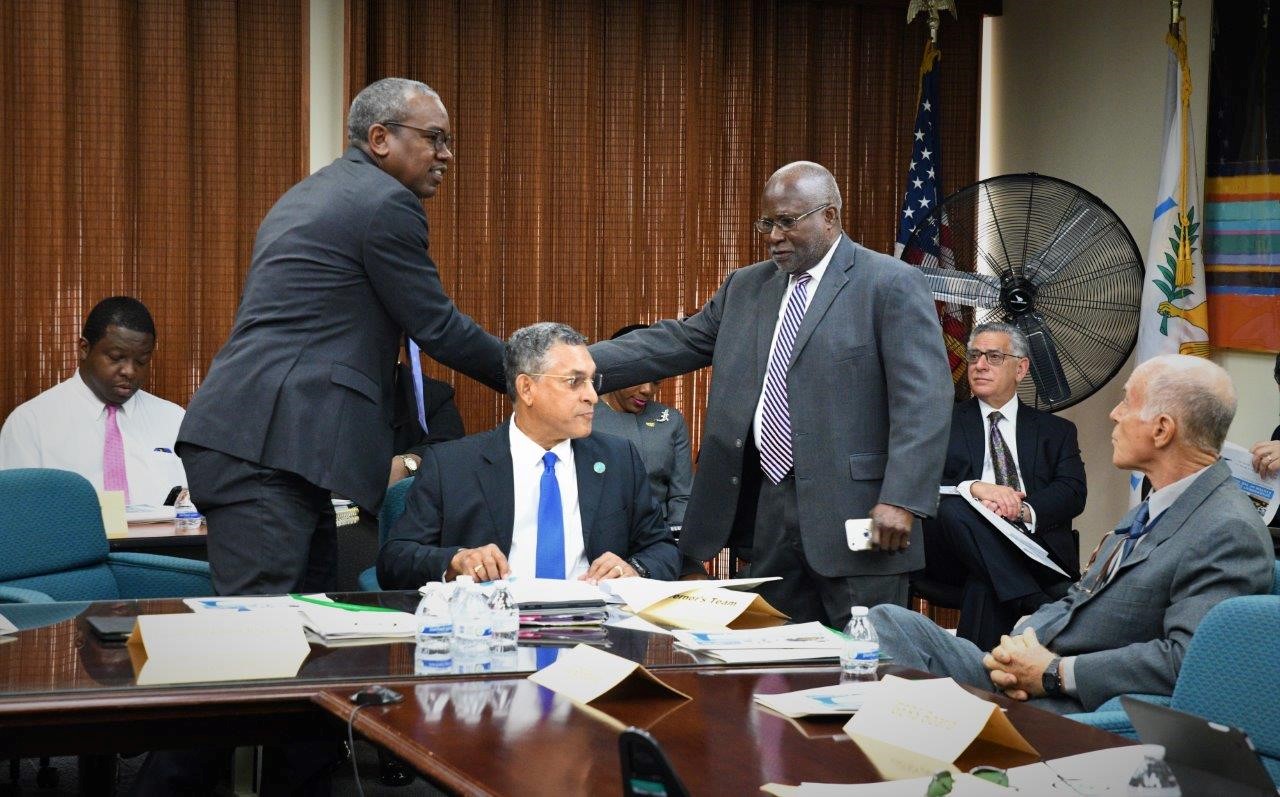 In addition to refinancing its matching funds bonds, and taxing legalized marijuana, Bryan is now suggesting a sales tax on retail items imported to the territory.

The Government Employees Retirement System (GERS) has $3.35 billion in net pension liabilities. A consultant to the system, Segal, said it would have to cut benefits by 42 percent January 1 unless other sources of funding were found.

On Monday, Bryan said he was working with local senators and GERS officials to find a way to avoid “the possibility of significant benefit cuts for retirees beginning January 1.”

“If our pension system goes, then everything else goes,” Bryan said.

Total long- and short-term debt outstanding for the Virgin Islands government as of September 30, 2018, according to the government’s comprehensive annual financial statement, was $2.642 billion.

According to the preliminary official statement for a proposed September 2020 refunding, the government has $2.11 billion in bond debt. These figures exclude the debt of the Virgin Islands Water and Power Authority (WAPA).

The government withdrew the proposed bond refunding in late September due to what Virgin Islands Senate Finance Committee Chairman Kurt Vialet said was a lack of investor interest due to a cap on interest rates. Alternately, the governor said it was withdrawn partly because there was a GERS lawsuit filed against the refunding.

Bryan said he is committed to working with senators and GERS officials on doing some version of the refunding before the end of December, passing his Cannabis Use Act, and introducing a sales tax on items imported from off-island.

Bryan said he supported a Remote Sales Tax bill introduced by Senate President Novelle Francis Jr. The governor said he was working to reconcile Francis’s version with his own version of an internet sales tax. Revenues from the tax would go to pay for the unfunded pension mandate.

Bryan said he would be meeting further on these financial issues with senators and GERS officials later in the week.