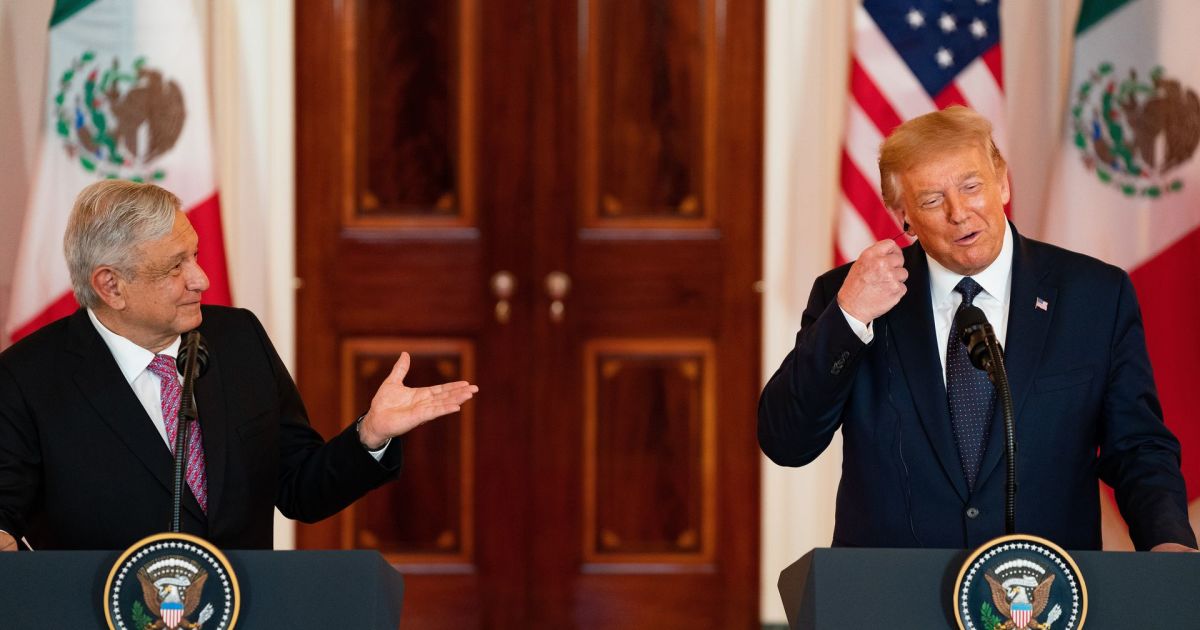 BUENOS AIRES — Donald Trump was clear with Latin America and the Caribbean during his four-year administration — don’t do business with China.

That message fell flat and was largely ignored in the Caribbean and Latin American region.

As President-elect Joe Biden readies to enter the White House on January 20, Beijing has tightened its grip over vast swathes of the resource-rich region once seen as the United States’ own political backyard.

A Reuters investigation, including interviews with current and former officials and advisers, and an analysis of trade data, found that under Trump, China has left the United States trailing in terms of power and influence across most of Latin America.

That poses a challenge for Biden, who has pledged to restore Washington’s role as a global leader after years of Trump’s “America First” policies, and has said that slipping U.S. influence in Latin American is a threat to national security.

“They should be on notice that Trump’s incompetence and neglect in Latin America and the Caribbean will end on day one of my administration,” Biden told Americas Quarterly in March. His team declined to comment for this story.

That pledge won’t be easy to fulfill.

Since 2018, China has overtaken the United States as the biggest trade partner to Latin America – if Mexico is removed from the calculations – hoovering up Andean copper, Argentine grains and Brazilian meat.

Beijing has ramped up investment and low-interest loans to the region too, backing energy projects, solar farms, dams, ports, railway lines and highways.

Bolivian ex-President Jorge Quiroga explained the draw of China during an interview with Reuters in La Paz earlier this year, adding that along with local powerhouse Brazil it was the most important partner.

“People ask me who I prefer, the United States or Europe? I say Brazil. What about in second place? I say China. That’s the reality of South America,” Quiroga said.

Officials in the region cautioned that China, a major economic and diplomatic partner for many nations, will be difficult to unseat. Billions of Chinese dollars have given crucial lifelines for indebted emerging countries, a need that has been sharpened by the impact of the coronavirus pandemic.

“I think China has more interest in Argentina than the United States has in Argentina. And that is what makes the difference,” an Argentine government official told Reuters.

“Trump did not show any interest. Let’s hope Biden does.”

China is now the number one trade partner to Brazil, Chile, Peru, Uruguay and others. It far outstrips the United States in terms of trade with Argentina.

Outside of Mexico, China’s trade with the region overtook the United States in 2018 and extended that in 2019 to more than $223 billion versus U.S. trade of $198 billion, according to an analysis of trade figures from the U.N. Comtrade database.

The Trump administration was viewed by some countries in the region as doing little more than finger-wagging at Latin American counterparts for getting too close to China, particularly through cheap financing or technology ties as the race for 5G dominance heats up.

Mark Feierstein, who advised former President Barack Obama, said Trump’s lack of engagement and exit from the Trans-Pacific Partnership trade bloc created a vacuum that China had filled – and that Biden will look to reverse.

“What Trump has done is make China look like a better partner. All that will change,” said Feierstein, now a senior adviser at Albright Stonebridge Group and CLS Strategies.

A Democratic Biden White House would likely give greater priority to Latin America, analysts and former advisers said, though will be juggling that with a tough pandemic recovery and resetting ties in Europe and Asia.

Janet Napolitano, former secretary of homeland security under Obama, said her experience of Biden was that he saw a “strategic advantage to the United States of having very strong relations throughout Central and South America”.

Biden will keep pushing similar warnings against getting close to China, but may aim to win back hearts and minds with offers of more financial incentives and a return to humanitarian aid that Trump cut, experts said.

“(His administration will) recognize the dependence in South America on the Chinese market for commodities, and try much more energetically and generously to offer support,” said Benjamin Gedan, a former National Security Council official under Obama and now a scholar at the Wilson Center.

China seized the opportunity during the pandemic to deepen ties across Latin America, sending medical supplies including ventilators and masks to combat COVID-19.

In Argentina, the government has announced in recent months a flurry of new or expanded initiatives with China, vaccine trials, an extended currency swap, cooperation on space, and a Chinese military studies course for students at the South American country’s national defense college.

The two countries have discussed a potential state visit to China by President Alberto Fernandez and about Argentina joining Beijing’s signature Belt and Road Initiative.

Margaret Myers, director of the China and Latin American program at the Inter-American Dialogue, said that while Chinese sovereign lending had dipped a bit, in its place had come commercial bank financing.

“China’s economic diplomacy, whether through trade or finance, has opened a wide range of doors,” she said, citing a $2.4 billion loan to Ecuador this year by China Exim Bank.

The United States had appeared to change course in the months leading up to last month’s presidential election, rolling out its own set of initiatives in the region in a bid to compete with China, though many saw these as too little, too late.

“This is a great power competition, and it’s playing out all over the world, including Latin America,” said one senior U.S. administration official, who asked not to be named. “We have a strategy and we’re pushing back.”

Francis Fannon, State Department Assistant Secretary for Energy Resources, fresh off a visit to Brazil, Chile, Ecuador and Panama, said the pandemic risked pushing some countries in the region towards partners like China.

“With COVID, it is affecting economic decision making and is affecting the psychology of countries. We want to encourage countries to continue on the reform-minded path that they have been on,” Fannon told Reuters.

“The United States is the partner of choice. It has been, and continues to be.”

Reporting by Cassandra Garrison in Buenos Aires; Additional reporting by Andrea Shalal in Washington and Jamie McGeever in Brasilia; Editing by Adam Jourdan and Daniel Wallis