The British Virgin Islands (BVI) is a British overseas territory in the Caribbean, located to the east of Puerto Rico. It is one of the most visited Caribbean destinations for adventurous, sun-seeking Brits.

Over the past 50 years, the BVI has built up a reputation as being the playground of the rich and the famous. However, up until recently, restrictive and prohibitive laws have stopped tourists and locals from gambling in the BVI. In August 2020, all of that changed when the House of Assembly passed the Gambling (Gaming and Betting) Control Act to legalize and regulate gambling in the territory. In this article, we look at the benefits that the legalization of gambling in the BVI could have.

A legal gambling industry will provide a huge financial injection to the economy of the British Virgin Islands.

In the UK, gambling is a financial behemoth, bringing in £15 billion a year in revenues and employing around 100,000 people either directly or indirectly. The impact that gambling has on the British economy is massive, and it could be just as impactful in the BVI too.

In fact, it could be even more lucrative in the BVI than in the UK, as a thriving, legalised gambling industry would provide a further incentive for tourists to visit the territory. Up until recently, the swathes of cruise ships visiting the BVI would often have to dock in international waters.

This is because if they docked in BVI waters, they wouldn’t be allowed to open their on-board casinos. Legalization not only takes away this problem but encourages cruise operators to dedicate more time to visiting the BVI, as they won’t be losing out on on-board gambling revenues.

On a direct front, the BVI economy will benefit enormously from a well-regulated and legal domestic gambling industry. Purpose built casinos will become huge tourist traps, attracting huge numbers of players and employing plenty of locals.

In addition to this, there will undoubtedly be a boom in the economy in the short-term, as applications for gambling licences flood in. Overall, legalising gambling will be hugely beneficial to the economy of the BVI.

The online sector could well become the biggest contributor to global gambling revenues in the next 10 years. Will the BVI take advantage of that trend?

Of the £14 billion gambling revenues recorded in the UK last year, a third came from the online sector. In the coming years, the percentage of revenues attributed to the online sector is expected to grow considerably.

The trend is clear to all those within the gambling industry – the online sector is on the rise and is the future of gambling.

Legalization on land-based gambling in the BVI will lead to a more experienced gambling audience in the territory. That will increase the pressure on government officials to go further with legalization and make provisions for the online sector.

Not just because it will be what gamblers on the islands want, but because it will represent great economic opportunities. If online gambling were to be legalized in the BVI, the territory could become a licensing hub not just for here, but for the UK as well.

Currently, a number of UK casino sites base themselves out of British overseas territories. For example, 888 Casino is based in Gibraltar but is as popular as ever in the UK, standing as an online casino with a very good reputation.

How Is Gambling Viewed In The BVI?

The news of the relaxation of gambling laws here in the BVI has been greeted favorably by the public, who, in general, seem to be behind the economic benefits that the industry should bring. In general, the Gambling (Gaming and Betting) Control Act has been greeted well because of the regulations it will implement and the protections that it will maintain for consumers and workers.

Section 51 of the act provides a wide range of controls for the industry, covering human resource practices, accounting systems and strict procedures for determining winnings. The take home message for many is that gambling in the BVI will be safe and fair for everyone.

Aside from individuals, the relaxation of gambling has been received well by several different industries. Investors seem keen to put their capital behind future gambling projects and the tourism industry as a whole seems excited about the increased visitors that the gambling industry will surely bring.

For decades, the BVI has remained behind the curve when it comes to the gambling industry and its economy has suffered as a result. Fortunately, the passing of the Gambling (Gaming and Betting) Control Act brings BVI into the 21st century for gambling.

Over the next couple of years, expect to see a revenue explosion in the territory and a big boost to the tourism trade.

In addition to this, expect calls to legalize online gambling to grow louder as land-based gambling begins to take a foothold in the BVI.

Family: Black Man Shot By Police Deputy Held A Sandwich, Not A Gun 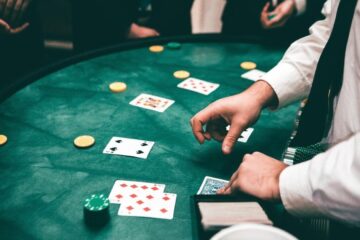 Gambling In The British Virgin Islands