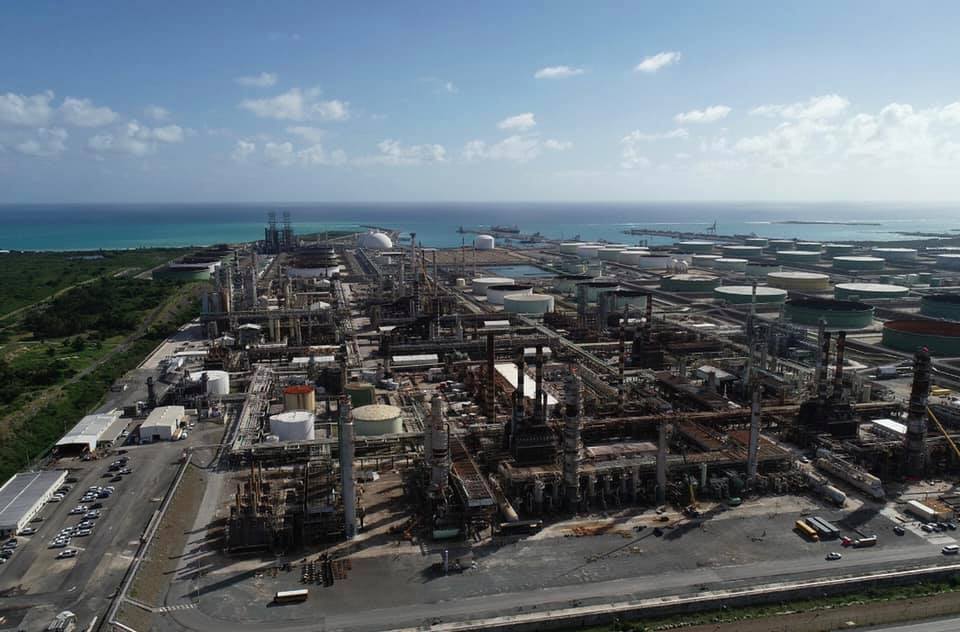 CHRISTIANSTED — Limetree Bay Ventures on St. Croix sold the first oil product to a buyer in the Gulf Coast on Monday, according to a shipbroking source and Refintiv Eikon data, nearly a year after the long-shuttered facility was expected to restart.

Oil major BP Plc took delivery of approximately 216,000 barrels of naphtha, a product used as a solvent as well as a raw material for conversion to gasoline, in Beaumont, Texas, on Monday, according to the data and source.

The refinery, located in St. Croix’s south shore in Estate Hope, is still struggling to bring certain units online that are necessary for production of cleaner fuels such as gasoline and diesel.

A spokeswoman from Limetree Bay declined to comment. BP did not immediately respond to a request for comment.

The refinery’s owner, Limetree Bay Ventures, has spent at least $2.7 billion on the restart, hoping to tap rising demand for low-sulfur fuels and markets in Latin America and the Caribbean. Its goal is to process about 210,000 barrels of crude per day, but the COVID-19 pandemic has crushed refining margins globally.

The refinery faced numerous delays with restart. BP agreed to supply the refinery’s crude and market the fuels produced in anticipation of a late 2019 startup. However, BP could terminate that contract if the plant cannot reach a certain production target by year-end, the people said.

The refinery had been idled since January 2012, an unusually long period of time for a plant of its size and complexity to be idled before restarting under new ownership.

Limetree owners EIG Global Energy Partners and Arclight Capital Partners embarked on the overhaul in expectation of a surge in demand for marine fuels that complies with new maritime rules for low sulfur content. BP’s investment was to be repaid from product sales.

British Petroleum can still terminate its contract with the St. Croix refinery if it doesn’t reach a certain production target by the end of this month.