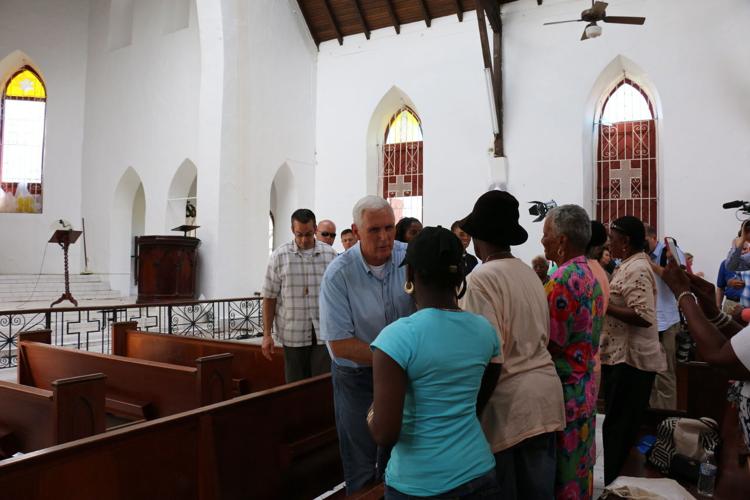 CHRISTIANSTED — The now-former vice president could have gone anywhere.

But to get away and just feel safe, Mike Pence — who left office eight days ago — chose St. Croix.

News that the 2016 and 2020 running mate of Donald Trump was in the territory came less than a day after MSNBC’s Joe Scarborough said Pence is “in fear for his life.”

Pence and his wife, former second lady Karen Pence, were described as “homeless” and “couch-surfing” by Business Insider, as the couple no longer own property in their home state of Indiana, where Pence was a congressman and governor.

The former vice president’s vacation has been confirmed by sources in Government House.

The Virgin Islands Daily News reported that he was seen at Seaside Market in Gallows Bay.

That is the same popular, high-end convenience store that now-President Joe Biden visited when he was in St. Croix in March 2019.

While Pence may be “homeless,” he has no shortage of cash to splash on a home. His net worth is estimated at $1 million and he is said to be eying lucrative new contracts while keeping the door open to running for president in 2024.

It’s unlikely that Pence will meet with local Republicans, as the Virgin Islands party has been thrown into turmoil. But the territory plays a small but critical role in the Republican primaries and caucuses, as a candidate must win a majority of delegates from eight states or territories to be eligible for nomination — a significant threshold that proved difficult for candidates other than Trump and Texas Senator Ted Cruz to meet in 2016. Locking up the Virgin Islands could be part of a Pence strategy.

Many Virgin Islanders said Pence looked “presidential” when he dispassionately read the tally of Electoral College votes after the Capitol was breached by rioters.

Pence is a “born-again, evangelical” Roman Catholic, according to the Catholic Reporter. He will find many like-minded evangelicals on St. Croix as he sees the sights on the Big Island.