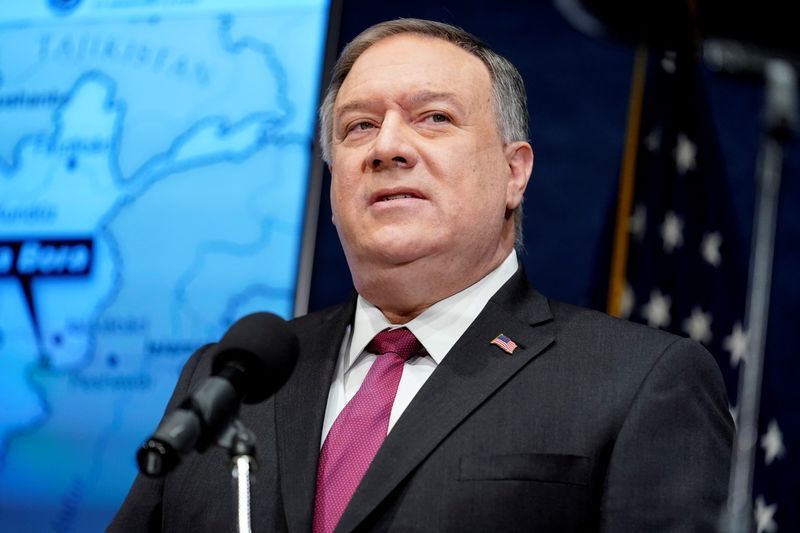 WASHINGTON — U.S. Secretary of State Mike Pompeo cancelled his Europe trip at the last minute today after Luxembourg’s foreign minister and top European Union officials declined to meet him, European diplomats and other people familiar with the matter said.

The Europeans snubbed Washington’s top envoy days after the storming of the U.S. Capitol by thousands of supporters of President Donald Trump, an unprecedented attack on American democracy that stunned many world leaders and United States allies.

Pompeo, a close ally of Trump, had sought to meet Jean Asselborn in Luxembourg, a small but wealthy NATO ally, before meeting EU leaders and the bloc’s top diplomat in Brussels, three people close to the planning told Reuters.

Pompeo had originally planned to go to Luxembourg, but that leg of the trip was scrapped, one diplomatic source said, after officials there showed reluctance to grant him appointments. The Brussels leg was still on until the last minute.

But Pompeo’s final visit schedule in Brussels was not going to involve any meetings with the EU or any public events at NATO. A third diplomatic source said allies were “embarrassed” by Pompeo after the violence in Washington last Wednesday.

Trump encouraged his supporters at a rally to march on the building that houses the Senate and the House of Representatives while lawmakers were certifying Democrat President-elect Joe Biden’s Nov. 3 election victory. Republican Trump claims, without providing evidence, that the election was stolen from him.

Pompeo condemned the violence but made no reference to the role Trump’s baseless claims played in galvanizing the march on the Capitol.

Appalled by the violence, Luxembourg’s Asselborn had called Trump a “criminal” and a “political pyromaniac” on RTL Radio the next day.

Luxembourg’s foreign ministry confirmed the previously planned stop there was cancelled, but declined to give further details. The EU declined to comment.

However, a Luxembourg newspaper says that Pompeo cancelled his visit because Asselborn called Pompeo “a felon and political arsonist, who needs to be taken to court.”

The U.S. State Department, in a statement, attributed the cancellation to transition work before Biden takes office on January 20, even if until recently Pompeo had been reluctant to unequivocally recognize Biden’s win. The State Department declined further comment on European officials’ rejection of meetings with Pompeo.

In Brussels, Pompeo was due to have a private dinner with NATO Secretary-General Jens Stoltenberg on Wednesday evening at Stoltenberg’s private residence, before meeting Belgian Foreign Minister Sophie Wilmes, whose country is a NATO ally.

The cold shoulder was a contrast with Pompeo’s previous visits to Brussels, which is home to NATO and EU headquarters, over the past three years, where he has given key-note speeches on U.S. policy and met the EU’s chief executive, even as Europe balked at Trump’s foreign policy.

In 2018, Pompeo said in Brussels that Trump’s ‘America First’ policy was reshaping the post-World War Two system on the basis of sovereign states, not institutions such as the EU.

EU officials, who say they were exhausted by Trump’s unpredictability, are eager to build fresh ties with Biden.

It was not immediately clear why Pompeo sought to go to Brussels so near to the end of Trump’s term.

One source, while explaining why Pompeo chose to remain in Washington, cited his eagerness to roll out planned foreign policy tasks until the end of the term and help keep the continuity of government.

His tenure did not include obvious successes in such long-standing U.S. foreign policy challenges as reining in the Iranian and North Korean nuclear programs, ending the U.S. war in Afghanistan or containing an increasingly assertive China.

Nevertheless on January 1, Pompeo kicked off a daily Twitter thread, saying the United States was “much safer” today than four years ago thanks to what he saw as the foreign policy accomplishments of the Trump administration.

He said he would showcase the results. “Over the coming days, I’m going to lay out the mission set, the huge wins, personal stories, and a lot more. Just me, Mike,” he said.

The tweets have been largely seen as part of his bid to lay the groundwork for his much-anticipated 2024 run for the Republican nomination for president. So have been some of his foreign visits.

Reporting by Robin Emmott in Brussels and Humeyra Pamuk in Washington; Additional reporting by Sabine Siebold in Berlin; editing by Grant McCool)