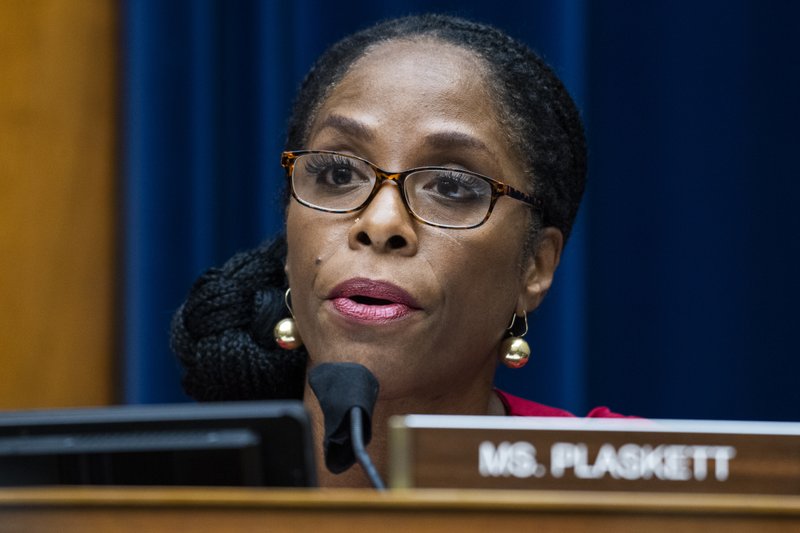 The non-voting delegate from the U.S. Virgin Islands is among the impeachment managers selected by House Speaker Nancy Pelosi to argue the case that Trump incited a deadly insurrection at the U.S. Capitol. It’s an extraordinary moment that places Plaskett in the center of just the fourth impeachment trial of an American president.

But there will also be a familiar dynamic when Plaskett walks into the Senate chamber, one that she’s experienced from elementary school through her legal career: being one of the only Black women in the room. Now that Kamala Harris has left the Senate to become vice president, there are only two Black senators left, both male. The chamber remains overwhelmingly white despite growing diversity in the House.

Like most of the impeachment managers, Plaskett brings considerable legal experience to the case, including a stint in the Bronx District Attorney’s office and as a senior counsel at the Justice Department. She said being asked to join the team was an invigorating way to deal with the catastrophic events of January 6, when she and her staff barricaded themselves in her office as the rioters descended on the Capitol.

“My method of handling things like this is to work,” Plaskett said, adding that receiving the unexpected call from Pelosi “really gave me a charge and something to do.”

As an impeachment manager, it falls to Plaskett and the other Democrats to break through partisan divisions and persuade skeptical Republicans in the Senate — 45 of whom have already voted for an effort to dismiss the case — that they should take the unprecedented step of convicting Trump and barring him from office.

To do so, they’ll have to retell the harrowing events of Jan. 6, when hundreds of people, some bearing racist and anti-Semitic symbols on their clothing, terrorized the Capitol and forced lawmakers into hiding. They intend to link it all to Trump, the man they say is “singularly responsible” for the riot by telling his supporters to “fight like hell” against the certification of President Joe Biden’s election victory.

Trump’s rhetoric, Plaskett said, was “an attempt to destroy what I believe America is.”

As a woman of color, Plaskett says she’ll be speaking at the trial for individuals who were “particularly traumatized by what happened on January 6th. You know, as an African-American, as a woman seeing individuals storming our most sacred place of democracy, wearing anti-Semitic, racist, neo-Nazi, white supremacy logos on their bodies and wreaking the most vile and hateful things.”

The trial also gives Plaskett a chance to work alongside Rep. Jamie Raskin, D-Md., the lead impeachment manager who was one of her law school professors at American University’s Washington College of Law. She called him an “incredible man” and said his ability to “be inclusive, and to tease out and to encourage people to share” has brought her back to those days.

In turn, Raskin said Plaskett was “truly dazzling” as a law school student.

“Other students used to take notes when she spoke and that was amazing to me,” Raskin says. “She struck me quickly in class as a potentially brilliant prosecutor and I encouraged her to take that path. I could not be prouder of her career, and adore her even though she has more seniority than me and teases me about that constantly.”

Plaskett was born in the Bronx to parents who moved to the United States from the Virgin Islands. At 13, she started at an exclusive Connecticut boarding school were she says she “continually had to raise my hand and try and speak to non-minority people about actions and events to let them see through a lens that what has happened is, in fact, racist or demonstrates their privilege.”

Pelosi’s impeachment team is diverse — including Colorado Rep. Joe Neguse, who is also Black — but Plaskett will be the first manager of a presidential impeachment from a U.S. territory.

Plaskett says people in the Virgin Islands — once home to a young Alexander Hamilton — may live in a small place, but don’t think of themselves as small people. “We’re big shots in everything we do,” she said.

“Virgin Islanders are always looking for space to be a part of this America and try to make it better, even without a vote,” she said.

“I’m going to make sure that their voice and the voice of people from territories representing four million Americans — Puerto Rico and other places — are actually heard.”