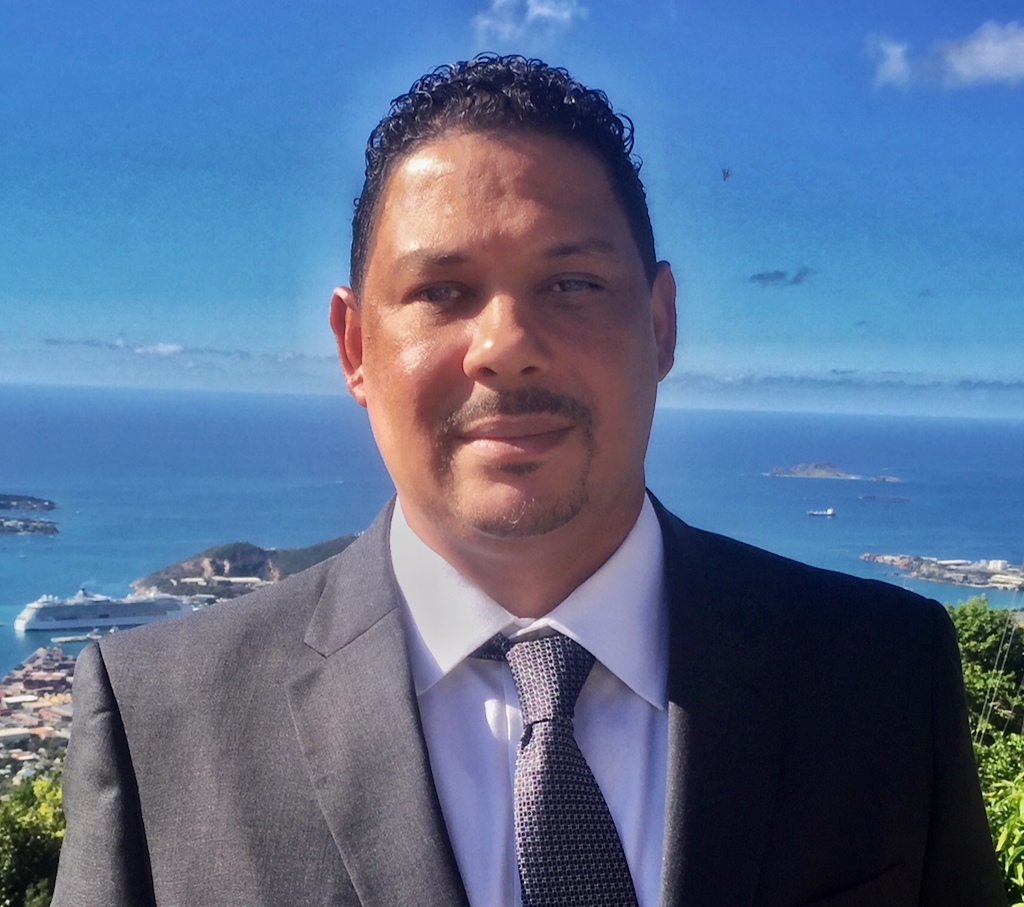 WASHINGTON — The House Natural Resources Committee issued the following testimony by Jean-Pierre L. Oriol, commissioner of the U.S. Virgin Islands Department of Planning and Natural Resources, as part of a remote hearing entitled “Discussion on the Insular Area Climate Change Act” on Thursday:

Thank you Representative Grijalva for the opportunity to testify in support of the proposed “Insular Areas Climate Change Act” on behalf of the US Virgin Islands. Whether it is the 2015 federally-declared disaster for drought in the US Caribbean, the impact of Hurricanes Irma and Maria to Puerto Rico and the US Virgin Islands in 2017, and Tropical Cyclone Gita in American Samoa or Super Typhoon Yutu in the Mariana Islands in 2018 – the people of the Insular Areas and the Territories of the United States are no strangers to damaging events associated with climate change. Our islands make minimal contributions to greenhouse gas emissions, yet they are experiencing overwhelming ecological, economic and cultural impacts from global climate change, which will dramatically increase over the next several decades. The combined effects of sea level rise, ocean acidification, increased storm intensity and frequency, significant changes in rainfall, coral bleaching, and temperatureinduced changes in the distribution of ocean productivity and fisheries are of great concern to all of the Insular Areas, and require addressing infrastructure improvements as well as sustainability and climate change adaptation planning.

Addressing climate change in an effective and timely manner is one of the most pressing challenges where sound environmental policy is also the best economic policy, and addresses key quality of life issues for present and future generations. For the US Virgin Islands, as we recover from the devastation suffered from two Category 5 hurricanes, we are focused on incorporating longterm resilience into our everyday way of life. The US Virgin Islands is involved in several initiatives related to assessing the impacts from climate change on our Territory. In conjunction with the University of the Virgin Islands, using funding from NOAA’s Office for Coastal Management, the VI’s Coastal Zone Management Program is developing a Coastal Vulnerability Index which will identify our susceptibility to different climate-related events such as sea-level rise, tsunamis, storm surge, drought, coastal flooding and coastal erosion; DOI’s Office of Insular Areas has provided funding to the Territory through its Coral Reef Initiative to install ocean acidification monitors at our long-term monitoring sites, and has also provided funding to the Territory for a 50kW microgrid at one of our hurricane shelter sites; the US Department of Energy is partnering on many initiatives with the Virgin Islands’ Division of Energy, including an energy rebate program, our “Sun Power” grant program and providing technical assistance with our Comprehensive Energy Strategy; the GVI is receiving support from FEMA’s Hazard Mitigation Program for the updating of our Hazard Mitigation Resilience Plan, which identifies threats across all sectors and strategies to be implemented as part of our long-term resilience; and lastly, but not exhaustive, I would also like to recognize the support given to us from the Department of Housing and Urban Development, who is administering the Community-Development Block Grant-Disaster Recovery funding issued to the US Virgin Islands, which has a mandate for the US Virgin Islands to relate the activities in the third traunche of funds to the Hazard Mitigation Resilience Plan.

The proposed bill provides five sections directing the actions of our federal partners in assisting the Insular Areas and Territories with planning and implementation of climate resilience activities. The US Virgin Islands is supportive of all the directives in Titles II to VI. Overall, the USVI sees the significance of this bill as the proposed creation of programs and steady funding sources specifically for the Insular Areas and Territories to address impacts related to climate change. We applaud the bill’s sponsor for the language included in Title I, Section 101(c)(1) and (c)(2) related to “equitable baseline funding.” Many baseline formulas for assistance under federal programs use landmass or population as criteria in the allocation of funds, which means that the islands will likely always receive the least amount of funding; however, as islands, our areas are the most impacted by climate change, and therefore a different strategy should be implemented to assist our areas. It is our opinion that the passage of the Insular Areas Climate Change Act creates the equitable conditions for the islands to comprehensively address the challenges that will come as a result of climate change. I’d also like to highlight a few key points made in the bill…

As there are a number of programs proposed in the bill for funding between the Territories and the Freely Associated States (FAS), we would ask that the distribution of the funds be provided in the language of the bill. As the FAS is also eligible for sources of funds not available for the Territories (such as other international programs), we would recommend an 85% share of funded programs be dedicated to the Territories and 15% funding to FAS.

As a representative of the US Coral Reef Task Force, an inter-agency body comprised of 12 federal agencies and 7 jurisdictional partners plus the FAS, with the goal of protecting the coral reef ecosystems under and affiliated with the United States, I have witnessed first-hand the benefits of inter-agency collaboration described in Title I. It reduces redundancies, streamlines processing and often results in more efficient use of funds for project implementation. The Task Force should be a partnership between the federal family and the jurisdictions with the goal of promoting adaptation and implementation of appropriate response measures to enhance resilience.

Currently the Task Force only includes members of the federal family, but should include the islands as well.

The USVI is very supportive of the Coral Reef Prize Competition authorized under Title I, Section 103 of the bill. As the Caribbean Islands are faced with battling the effects of Stony Coral Tissue Loss Disease, and the Pacific Islands are increasing efforts for restoration in response to the 50% loss of coral in the last 6 years due to bleaching, awarding funds supporting innovative ideas for research and conservation in the Insular Areas will provide a great benefit for the management of coral reef ecosystems. The USVI would ask that the language also include “restoration” in addition to research and conservation, as we work with partners in more active management of the coastal coral reef ecosystems that protect our coasts and service our community with food, economy and quality of life.

Coastal water quality is both a human health and natural resource management issue that will be significantly impacted by climate change.

Climate will impact available drinking water and pose increased risks from stormwater discharge. Funding should be earmarked to upgrade the infrastructure to ensure adequate drinking water supply and effectively manage the volume and quality of ocean discharge of stormwater to protect the coastal coral reef ecosystem.

Under Title IV, Section 405 as it relates to opportunities for the development of offshore wind, the USVI would ask that consideration for language to include wave energy production be included. The monitoring buoys, to include those that are part of the Integrated Ocean Observing System, suggest that there is great potential for wave energy generations in the Virgin Islands. This potential may exist beyond the territorial limits of the USVI, in the US EEZ, and as such, we would not want to limit the potential for research and investment only to wind production.

As it relates to Title V, Section 503 for the development of an Insular Area Sustainable Infrastructure Grant Program, again we highlight the significant amount of funding associated with this program which would allow the islands to make significant improvements to the infrastructure systems. We would ask that language also be considered such that each insular area receive assistance from FEMA to standardize the hazard mitigation package that will be used to respond to and restore coastal natural resource loss after future natural disasters to maintain coastal protection, rather than such loss being on a case by case basis.

Lastly, on behalf of the Insular family, I would like to thank the bill sponsor for language in Title I, Section 102(a) proposing increasing the cost-share Insular Areas Climate Change Act match waiver from $200,000 to $750,000, as well as the many sections calling for the waiving of the match requirement for the different programs. This would impact not only programs covered under this bill, but across many of our territorial programs.

In conclusion, I would like to thank Representative Grijalva and the members of the Committee for the opportunity to address the proposed Insular Areas Climate Change Act. There are many benefits to the people of the Insular Areas and Territories that can be realized from the passage of this bill. This comprehensive strategy to address climate impacts to the islands will result, not only in improvement of our natural and built systems, but will also improve economic, social and cultural systems as well, providing a sound legacy for future generations. We look forward to Congress’s favorable consideration of this bill.