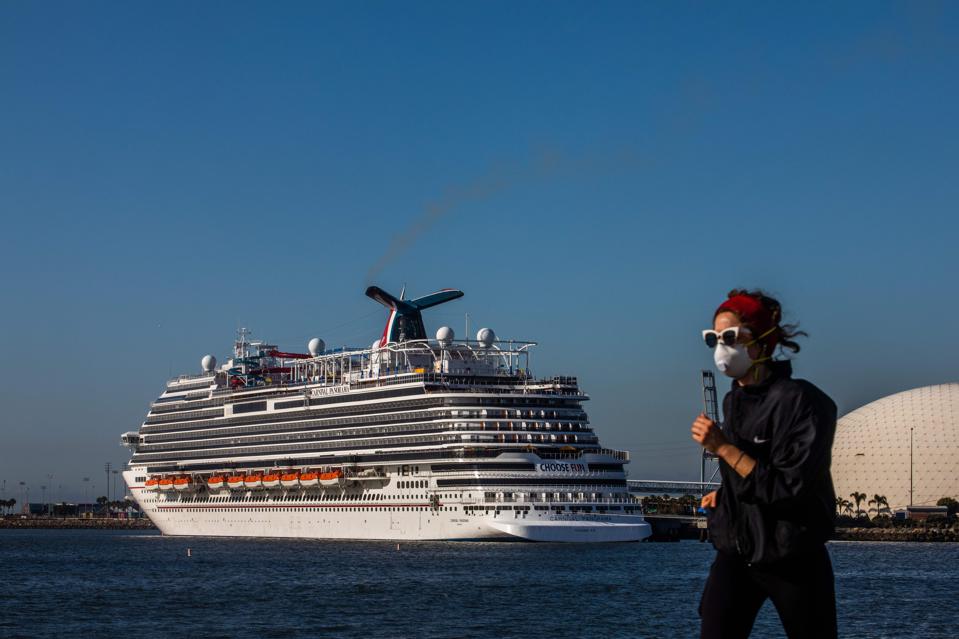 CHARLOTTE AMALIE — A bipartisan team of governors from five states and Puerto Rico have signed-on to a letter that Governor Albert Bryan sent to Centers for Disease Control and Prevention Director Rochelle Walensky and Dr. Marcella Nunez-Smith, the chairwoman of President Biden’s COVID-19 Health Equity Task Force, asking the CDC to issue updated regulations to expedite the reopening of cruise ports in the United States.

Governor Bryan’s letter asks Director Walensky to have the CDC issue updated guidance that will help cruise lines and ports fully resume operations and open up a dialogue about how the states, territories and federal government can work collaboratively to make it possible for the cruise industry to generate tourism-related dollars in the affected jurisdictions.

“We know the cruise industry is poised to make a comeback. Given the central role of tourism to our local and

regional economies, this would be a welcome development,” Governor Bryan wrote. “This of course depends on when our ports and the cruise lines can and will be able to reopen and under what conditions.”

In his letter, Governor Bryan cites the 2018 Economic Impact Analysis, which highlights the impact that the cruise industry continues to have on the global economy.

In the letter, the governor notes that by July the Virgin Islands expects to reach a level of vaccination that would allow for cruise ship passengers to safely visit and that the cruise industry can be expected to impose its own requirements for passengers, with a view toward keeping them safe and protecting those with whom they may come into contact as they travel.

“An entire year has passed since a cruise ship entered any of our ports. However, to restart the cruise industry safely and confidently, we would all benefit from guidance from the Centers for Disease Control,” Bryan wrote in the letter. “We anticipate that the U.S. Department of Transportation and President Biden’s COVID-19 Task Force will have an interest in restarting a key mode of transportation on which our tourism industry depends.”