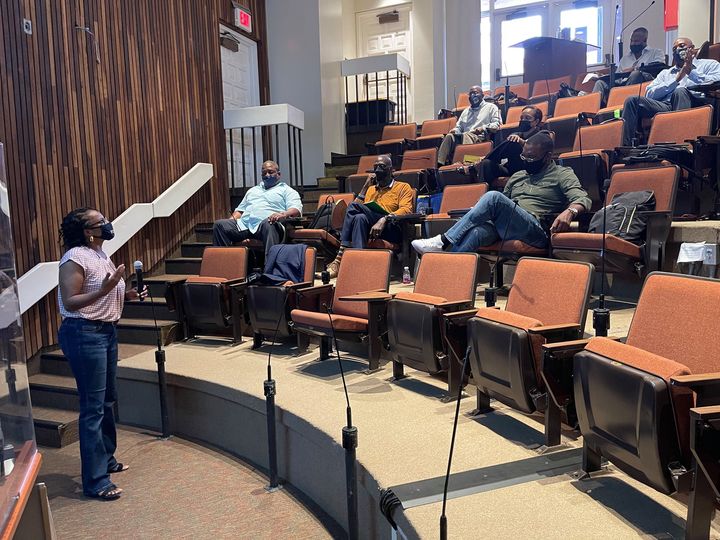 FREDERIKSTED — Law enforcement is often compared to the military. But when it comes to promotions and training, especially for leadership roles, there is one very significant difference.

In the military you receive the training before you assume the position; however, in law enforcement, very often there is no training for new supervisors or managers, or the training comes after you’ve already taken on the role.

In fact, the law enforcement profession “has created its own failing point,” with agencies across the country plagued by “lack of supervisory preparation,” according to a Police Magazine article by William Harvey, a Georgia police chief. “In most agencies, the training of an entry-level supervisor comes after their promotion. You are flying by the seat of your pants for months, if not years.”

To guard against this truism occurring in the territory, Police Commissioner Trevor A. Velinor has created a two-day “Leadership Retreat” that is taking place at the University of the Virgin Islands on St Croix.

“Some of the topics will include SWOT Analysis, Expectations and Concerns, Goals and Objectives, and improved community engagement,” the VIPD said on Facebook.

Meanwhile, not everyone on social media hearing about the top brass getting needed training were thrilled about the news. Some felt the Virgin Islands Police Department needs to get down to brass tacks and do the basics well.

“Whoever drives a unit with tag 107 needs a brake light and needs to learn about that mystery stick on the steering column that , wait for it, lets other drivers know where they are going,” Michael St. Croix said on Facebook.