MIAMI — Two Virgin Islands police officers charged with smuggling a planeload of cocaine to Miami have filed notices that they intend to plead guilty, rather than take their cases to trial, according to documents filed in the U.S. District Court of Southern Florida.

Officers Shakim Mike, 29, and Teshawn Adams, 26, have been jailed at the Federal Detention Center in Miami since their arrests in January, and are charged with possession with intent to distribute cocaine, and conspiracy.

Each man has indicated that they are ready to enter plea agreements with prosecutors.

On Thursday, Assistant Federal Public Defender Lauren Field Krasnoff filed a notice of intent to plead guilty on behalf of Mike, who “respectfully requests that the Court set a change of plea hearing at the Court’s convenience.”

A judge had previously set a deadline, which passed Monday, for defendants to plead guilty to qualify for acceptance of responsibility, which could result in a more lenient prison term under statutory sentencing guidelines.

Adams’ twin brother, Tevon Adams, has also been charged in the case. His defense attorney Edward O’Donnell IV filed a motion Monday asking the court to extend the deadline to qualify for acceptance of responsibility for another week to May 24.

Plea agreements, which would include prosecutors’ recommended prison sentence, have not yet been filed publicly.

In addition to being police officers, Mike and Adams are also members of the Virgin Islands National Guard, and several of the co-defendants in the smuggling case told investigators they met while serving together, according to court records.

The men were charged after a charter plane from St. Thomas landed at Miami-Opa Locka Executive Airport in Opa-Locka, Fla., on January 12. While performing baggage inspection, U.S. Customs and Border Protection Officers discovered 294 plastic-wrapped bricks of cocaine inside several duffel bags and suitcases, according to the affidavit. The bricks weighed just under 725 pounds with an estimated value of more than $5 million.

The only passengers on the private aircraft were David, Leonard, Mike and Teshawn Adams, who all live on St. Thomas. Mike fled the airport on foot and contacted Tevon Adams, who was already in Florida and took him to a hotel in Miami, according to the affidavit filed by investigators.

A sixth man, Anthon Berkeley, was charged after he admitted to driving from Orlando to Miami to pick up a kilo of the cocaine, and expected to be paid $18,000 to deliver it to the ultimate buyer.

Berkeley also entered a notice of his intent to plead guilty Monday, meaning that half of the co-defendants have said they are willing to plead guilty rather than take their cases to trial. A judge has not yet ruled on the motions.

Chief U.S. Magistrate Judge John O’Sullivan wrote in a detention order for Mike and David in January that the men face substantial prison sentences and “will likely lose their sources of income as a result of being charged with the instant offense.”

The defendants “were involved in months’ long planning and were entrusted with a considerable amount of cocaine which leads the court to believe that this was not a one time venture,” O’Sullivan wrote. 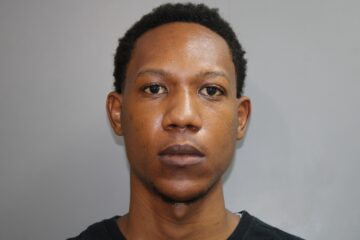