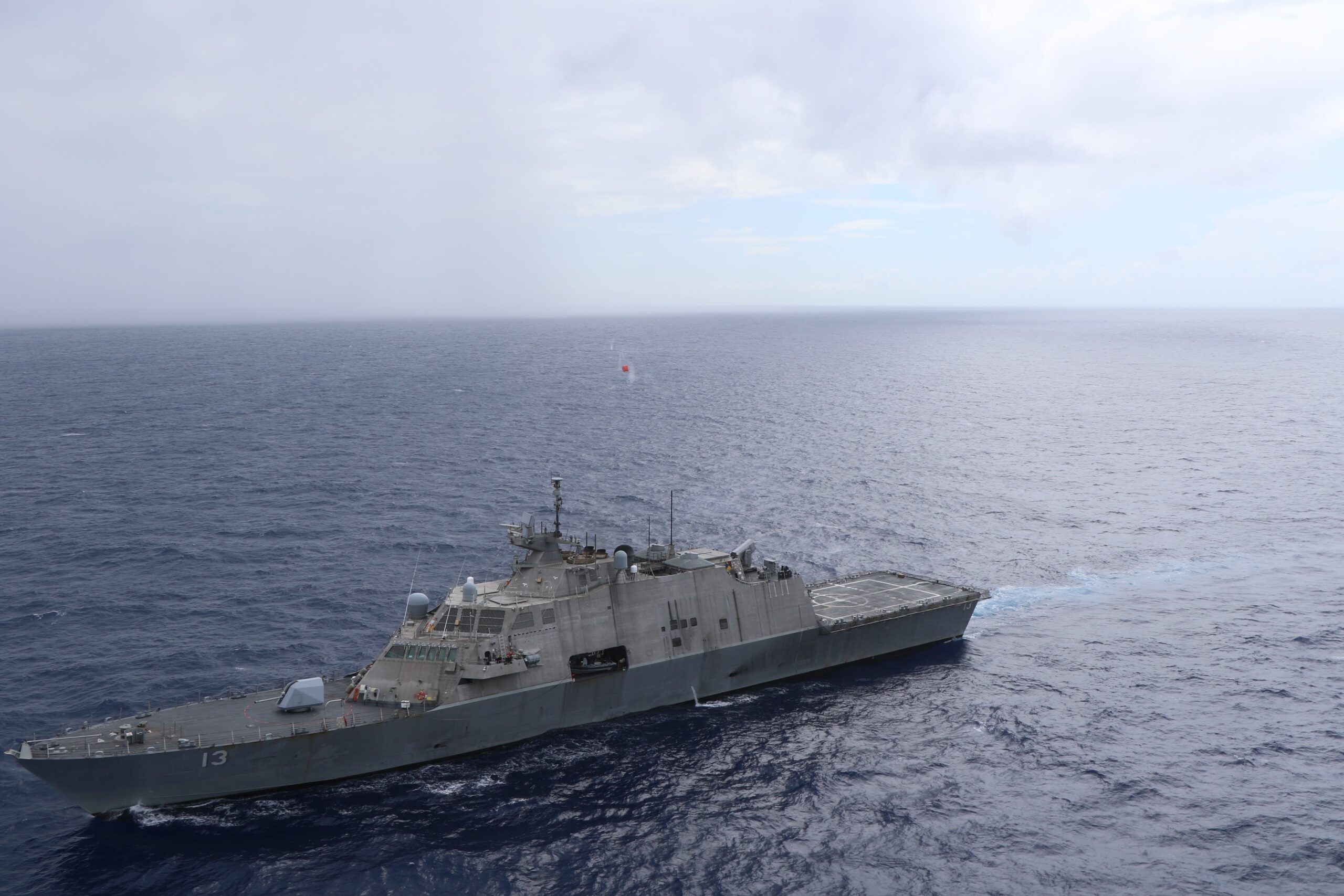 While on routine patrol, Wichita’s embarked helicopter, assigned to the “Sea Knights” of Helicopter Sea Combat Squadron (HSC) 22, Detachment 8 located a go-fast vessel (GFV) in the Central Caribbean. Upon intercepting the vessel, Wichita launched her small boat and subsequently fired warning shots from the helicopter in order to achieve positive control of the vessel.  The vessel was searched and three suspected drug traffickers were detained.

“Once again the Wichita team performed exceptionally well in a challenging situation.” said Cmdr. Eric Rolfs, Wichita’s executive officer. “Working together, along with our partners and allies to keep these waters safe is what our mission out here is all about.”

On April 1, 2020, U.S. Southern Command began what was then known as Enhanced Counter Narcotics (CN) Operations in the Western Hemisphere to increase the disruption of drugs. This counter Transnational Criminal Organizations (TCO)/CN operational approach, which has become enduring, supports our objectives to degrade the capabilities of TCOs and save lives. With our increased presence, we have bolstered support to U.S. and partner nation law enforcement by sharing information and intelligence to help expand target packages. Since then, our key partners have been involved in over 60% of drug disruptions since April 2020 (up from 50 percent in 2019). By strengthening partnerships, we counter threats together.