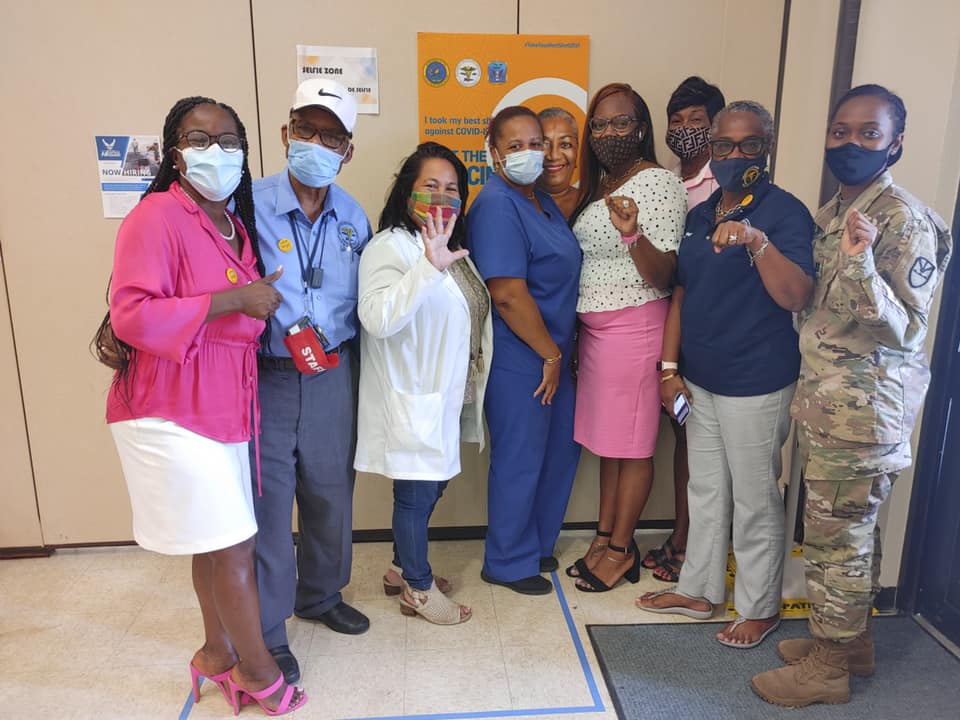 The U.S. Virgin Islands has the lowest COVID-19 positivity rate in the country: 2.84 percent as of April 27. That may seem like an easy feat given our small population of roughly 106,000 inhabitants. But several states have small populations as well, and they have yet to master the art and science of vaccine distribution, not to mention all the other pieces of the puzzle that have brought our numbers where they need to be.

The Virgin Islands got off to a rocky start, beset by a host of problems. Information wasn’t being sent or received in a timely fashion, and there were significant gaps between what we needed and what we were actually receiving by way of supplies, equipment, and personnel, from refrigerators and PPE to healthcare workers to administer the vaccines and take care of those afflicted by COVID.

All that changed in mid to late 2020, when we figured out how to coordinate our local efforts with the federal government’s resources. Ever since, we have taken the term “teamwork” seriously, and the results have been nothing short of fantastic: We have been securing the vaccine supply we need, and we’ve made sure that the designated quantity of the three vaccines approved by the FDA for emergency use—Johnson & Johnson, Pfizer, and Moderna—reach their destinations at vaccination centers on the islands once a week, every week.

So far, 39,171 first-dose vaccinations and 30,109 full vaccinations have been administered to our population for a total of 69,280 doses to date, according to Dr. Esther Ellis, the Virgin Islands’ Department of Health Territorial Epidemiologist. That’s 49.3 percent of the population being fully vaccinated.

In a massive effort that stretches from Washington, D.C. all the way to Point Udall on St. Croix, the easternmost point of the United States and its insular areas, we’ve been able to bring together several teams that operate like runners in a relay race, each team member handing off the latest information to their counterparts. Governor Albert Bryan, Jr.’s team on the ground in the nation’s capital works closely with Dennis Gonzalez, the Acting Regional Director for Region 2 at the Department of Health and Human Services, the FDA, and the CDC. The Governor’s office coordinates its efforts with the Virgin Islands Department of Health. Everyone has a role to play, and everyone has been doing their part with all due commitment.

Then, there’s the role of big data. Here, there’s no guesswork involved. Decisions are made based on the latest, up-to-the-minute data on positivity rates, hospitalizations, and deaths, entered by Virgin Islands Health Commissioner Justa Encarnacion. A high-powered software platform called Tiberius, used by both the HHS and the Department of Defense, crunches these numbers and comes up with a formula that drives the exact weekly doses of the three approved vaccines.

Governor Bryan’s COVID team estimates that the U.S. Virgin Islands will reach herd immunity when 70% of our people have been vaccinated. That goal—one that’s real, not aspirational—will be reached in July, making it possible for cruise ships to return to our ports and for tourists to be able to enjoy our island paradise again, after more than a year of lockdown.

Vaccine hesitancy is still a problem, especially as we inch toward the finish line. To ease people’s fears and counter misinformation, we’ve been enlisting the help of local people of influence, such as Dr. Marcella Nunez-Smith, a co-chair of President Biden’s COVID-19 advisory board who is leading the White House’s task force on health equity.

Born on the island of St. Thomas, Nunez-Smith is an associate professor of internal medicine, public health, and management at Yale University and one of the nation’s foremost experts on disparities in healthcare access. Today, she is working to ensure that the care and treatment of people with COVID-19 are distributed equally, which is exactly why she has earned the trust of Virgin Islanders.

Governor Bryan, the only Black governor in the United States, is also a highly trusted figure, respected for his leadership in hurricane recovery, economic growth, and his management of the islands’ vaccination strategy. We think state governments, along with those of other U.S. territories, would be wise to learn from our example.

— Teri Helenese is the U.S. Virgin Islands Director of State-Federal Relations and Washington Representative who is based in Ashburn, Virginia