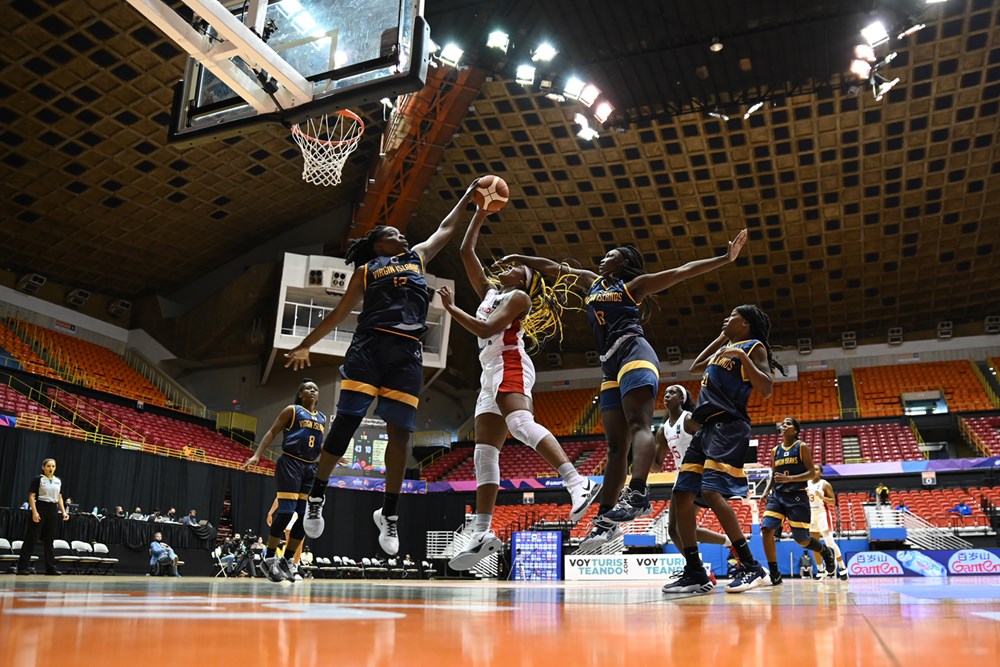 Anisha Briana George of St. Croix led the USVI team with 11 points coming off the bench. The 6-feet, 2-inches tall George was the 2018 NJCAA Region 16 Player of the Year for the University of North Texas and is a St. Croix Central High School graduate.

But the story was all about Canada, which had a commanding 27-7 lead at the end of the first quarter and never trailed in the game.

The Group A matchup marked the first time the Canadians have played together since February 2020 when the squad clinched a spot at the Tokyo Olympics in Belgium.

Canada is ranked No. 4 in the world and now faces Brazil tomorrow, El Salvador on Monday and Colombia on Tuesday.

Coach Lisa Thomaidis said after today’s game that her team is a “work in progress” and will be a much different team at the end of the tournament.”It was a great start for us. We’re really emphasizing getting great shots and ball movement, and I thought we had a good start doing that today,” she said.

The top two teams from each group advance to the semifinals. The final is June 19.

The top four teams advance to World Cup qualifying tournaments, February 6-14, 2021. The top three from each qualifier earn a berth in the World Cup, in Sydney, Australia, September 22-October 1, 2022.