TOKYO — Swimmers Natalia Kuipers and Adriel Sanes carried the flag high for the U.S. Virgin Islands during the cold opening of the Tokyo Olympics on Friday.

D’Amour, 19, a student at the University of the Virgin Islands on St. Thomas, ranks fourth in the world for the men’s Olympic recurve going into the games and is considered a strong contender for a medal.

The Virgin Islands Free Press wishes good luck and Godspeed to all of our USVI Olympic hopefuls!

IT'S OFFICIAL: Delta Strain Is In The USVI; It's Wreaking Holy Hell On Anti-Vaxxers 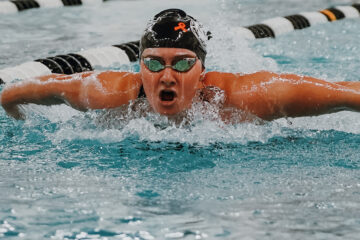