Back in 2019, millions of people were planning or dreaming of trips overseas or in their own country for the following year. Then the pandemic struck and travel plans were shelved. Very few people realized that it would be at least 2021 before they could think about going on vacation again.

Now though, countries are starting to open their borders. Some tentatively, and some with open arms. Spain is welcoming all tourists so long as they have been fully vaccinated, and the Covid success story; Korea, is letting visitors in who are willing to quarantine for two weeks.

Now the Virgin Islands are starting to see the tourists return too. St. Thomas recently welcomed the first cruise ship back since the pandemic caused the cruise industry to shut down. With holidaymakers now deciding where they might take their vacation time, it might be the moment to visit the Virgin Islands.

Where and what are the Virgin Islands?

For anyone unaware, the U.S. Virgin Islands can be found around 40 miles east of Puerto Rico. The United States territory consists of the main islands of St Croix, St Thomas, and St John, plus up to 90 smaller islands, islets, and cays.

Across the water to the east, lies the British Territory. This group is made up of the main islands of Jost Van Dyke, Virgin Gorda, Tortola, and Anegada.

104,000 people live in the US Virgin Islands according to Worldometer, and just over 30,000 live in the smaller British-owned territory. Although both territories are separate as far as politics is concerned, they are culturally similar.

The official language for both islands is English, despite the Danish controlling the now US territory for many years. Day to day though, a Virgin-Islands-based Creole is spoken, although there are now French and Spanish influences too.

Why should you consider the Virgin Islands now?

The Virgin Islands are places of natural beauty, coral reefs, and white beaches that meet the Caribbean Sea. The islands experience mild weather with a low amount of rain around April to June, and then hotter weather during the peak season at the end and beginning of the year.

There are plenty of activities to keep families busy, the option to explore different islands, and travel can take place between the US and British territories. At the time of writing travelers who wanted to visit the British Virgin Islands by sea needed to be fully vaccinated 2 weeks ahead of their planned arrival.

There is calm and peace on the islands, but there is also plenty of nightlife for those who like to dance and enjoy music along with some local rum. Seafood is plentiful, and there are options from Cajun to pizza.

What is there to do in the Virgin Islands?

Some people like their vacations to involve little more than lounging on the beach, reading a book, and then later enjoying cocktails. There is nothing wrong with that, and as you will read below there are plenty of places to do so.

However, some like their vacations filled with other forms of entertainment. The US Virgin Islands won’t disappoint, with nightclubs such as Krush nightclub, The Keys which features dueling pianists playing requests, and plenty of bars and cocktail places.

If you enjoy card games and slots then the US Virgin Islands is the place for you with seven licensed gaming establishments spread across the territory. However, if you are thinking about staying in BVI then you may want to know that there are no casinos there.

You may be satisfied to know though that online gambling is legal. So you can still enjoy online poker, slots, and sites such as Energy Casino on your mobile device there. But to visit a land-based establishment, you will have to pop over to the US territory.

Just as important to the nightlife, is the daytime activities. Especially if you have an active family. Fortunately, the Virgin Islands are not short of things to do, and as you can probably imagine, many of them are water-based.

The Virgin Islands National Park is the biggest tourist attraction and attracts around 1 million visitors each year. This is on most people’s lists for places to visit, but there are other options too.

For people that want to be active on their break, there is the Trunk Bay Snorkelling Trail, the Tropical Discovery Hike, and sea kayaking. St Thomas is home to Blackbeard’s Castle and the Coral Ocean World Park where it is possible to swim with dolphins and sea lions.

What about the beaches?

For those that enjoy a beach holiday, the virgin islands will not disappoint. Go to Cow Wreck Beach in Anegada for white sand and Caribbean spiny lobster, or visit White Bay Beach for a drink at the Soggy Dollar Bar.

In the US Virgin Islands, there are plenty of options too. When it comes to choosing the best beaches, there is so much choice that it may be best to do a little island hopping and try out a few.

Which territory to visit?

There are some differences between the two territories, and some people may prefer the British-owned side to the US, while others may find more options in USVI. At the time of this article being written, there had been a surge in Covid cases in the BVI, which means that anyone traveling to the USVI from BVI must show a negative test.

Hopefully, this will not be the case for long, and holidaymakers will be free to travel between the two territories to discover what they can both offer. Both have great restaurants, with Caribbean cuisine mixed with outside influences. They both have plenty of options for beach lovers and activities, and they both have bars to enjoy a cocktail or two.

The nightlife may be one place where they differ and if you want to enjoy nightclubs and casinos then some time in the USVI will be needed. If you prefer a more laid-back time then the British territory may suit, and playing online poker at Energy Casino while sipping a cocktail on your veranda may be more preferable.

Now that travel is getting a little easier, this may be the time that the Virgin Islands should be visited. For Americans, it is but a short stop to travel to St Thomas, and a Caribbean island-hopping adventure may be just the ticket after everything the last year has thrown at you. 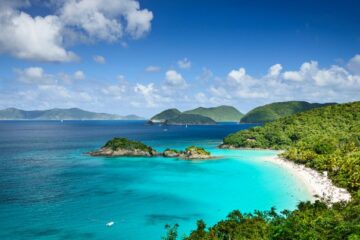 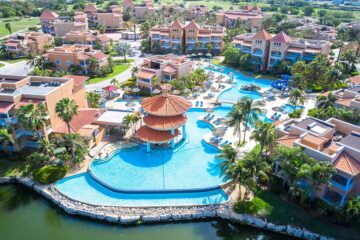 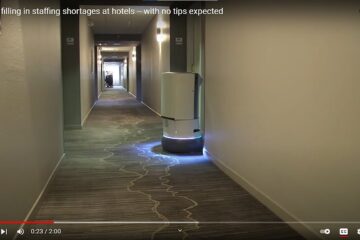 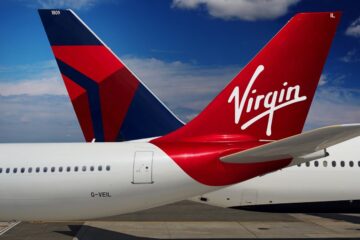