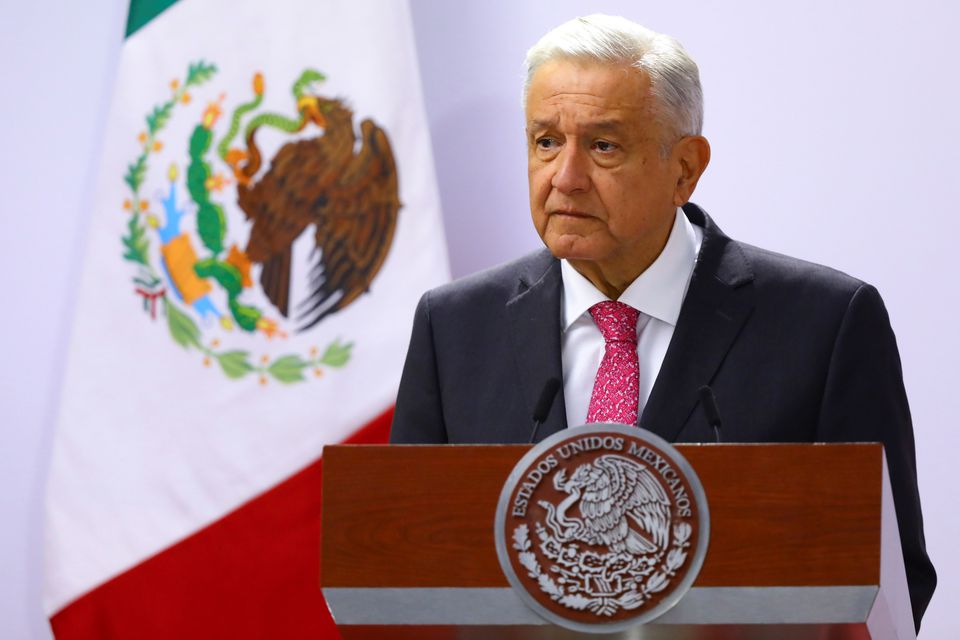 Mexico’s left-leaning President Andres Manuel Lopez Obrador has criticized the U.S. embargo against Cuba and pledged support for the Communist-run island, which has been hit by a surge in coronavirus infections and an economic slump that triggered rare protests this month.

Lopez Obrador said two shipments of humanitarian aid including medical supplies such as oxygen would soon depart the port of Veracruz destined for Cuba.

“We are an independent nation,” Lopez Obrador said at a news conference in response to a question about whether fuel deliveries risked contravening the U.S. embargo on the Communist-run island.

Lopez Obrador criticized policies he said made it difficult for ships that delivered goods to Cuba to then dock in U.S. ports, which constitutes one of the main aspects of the embargo.

Authorities in Havana have long said the decades-old U.S. embargo on Cuba has caused widespread hardship on the island, where thousands took to the streets this month in the protests.

Cuban Trade Minister Rodrigo Malmierca welcomed on Monday Mexico’s pledge of two shipments of aid: “We are not alone,” he said on Twitter.

The U.S. Treasury Department declined to comment and the State Department did not immediately reply to a request for comment.

John S. Kavulich, president of New-York based U.S.-Cuba Trade and Economic Council, said there were no specific U.S. sanctions preventing the sale – or donation – of Mexican fuel to Cuba.

“The U.S. embargo on Cuba is not focused on Cuba’s imports but on U.S exports to Cuba,” Kavulich said, adding that the Caribbean island did not appear to be a foreign policy priority for U.S. President Joe Biden.

Lopez Obrador, who on Monday called on Biden to “make a decision” about the “inhumane” embargo on Cuba, said Mexico would send fuel to generate electricity for the island’s hospitals.

He did not confirm that a fuel shipment had already been sent.

The Jose Maria Morelos II, a tanker owned and managed by a Pemex unit, departed last week from the Mexican port of Coatzacoalcos and sailed to the Caribbean sea with its transponder switched on, according to Refinitiv Eikon tanker monitoring data.

The vessel has not updated its port of destination, but it docked at the Havana port late on Monday, the Eikon data showed. It is yet unclear which Cuban entity will receive the fuel. read more

The vessel is carrying some 126,000 barrels of diesel, according to a separate source with knowledge of the cargo.

Cuba’s dependence on diesel has increased in recent years as thermoelectrical plants using fuel oil and crude for power generation have been in urgent need of investment and maintenance. The island is also struggling to supply power plants with natural gas, said Jorge Pinon from the University of Texas at Austin.

An oil-for-services arrangement between Venezuela and Cuba ran afoul of U.S. sanctions on the South American oil producer when in 2019 the U.S. Department of Treasury blacklisted a group of tanker owners and vessels involved in the shipments, at the Venezuelan opposition’s request.

Cuba’s economy has been damaged by Venezuela’s collapse, along with a slump in tourism following the global coronavirus pandemic.