SAN JUAN — The Coast Guard Cutter Winslow Griesser repatriated 11 Dominican migrants and returned 12 Haitians to the Dominican Republic Saturday, following the interdiction of an illegal voyage in the Mona Passage.

The interdiction is the result of ongoing Coast Guard and Caribbean Border Interagency group partner efforts to deter and stop illegal voyages in the Mona Passage. Since October 1, 2020, the Coast Guard and CBIG federal and state partner agencies have interdicted and or apprehended 2,100 migrants traveling illegally to Puerto Rico.

“We urge any person thinking of taking part in an illegal voyage to not take to the sea,” said Cmdr. Beau Powers, Sector San Juan chief of response. “Your life will be at risk, as will the lives of everyone aboard the vessel. The perils are many, including traveling with ruthless smugglers, aboard grossly overloaded makeshift vessels, in dangerous sea states, with little or no lifesaving equipment onboard. Those making this voyage should expect to be returned to their country of origin and also may face prosecution. The dangers are real, please don’t trust your life to a smuggler or in a makeshift vessel.”

Once aboard a Coast Guard cutter, all migrants receive food, water, shelter and basic medical attention.

CBIG was formally created to unify efforts of the U.S. Customs and Border Protection, the U.S. Coast Guard, U.S. Immigration and Customs Enforcement, the United States Attorney’s Office for the District of Puerto Rico, and Puerto Rico Police Joint Forces of Rapid Action (FURA, for its Spanish acronym), in their common goal of securing the borders of Puerto Rico and the U.S. Virgin Islands against illegal migrant and drug smuggling. 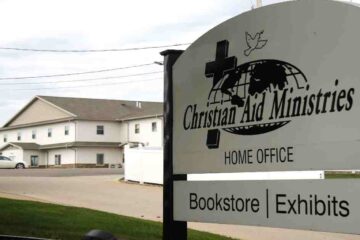 US, Haiti Seek Release of 17 Missionaries Snatched By Gang 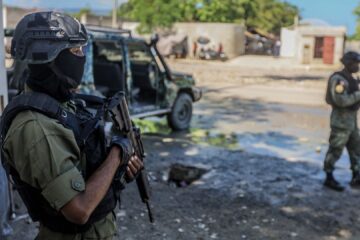