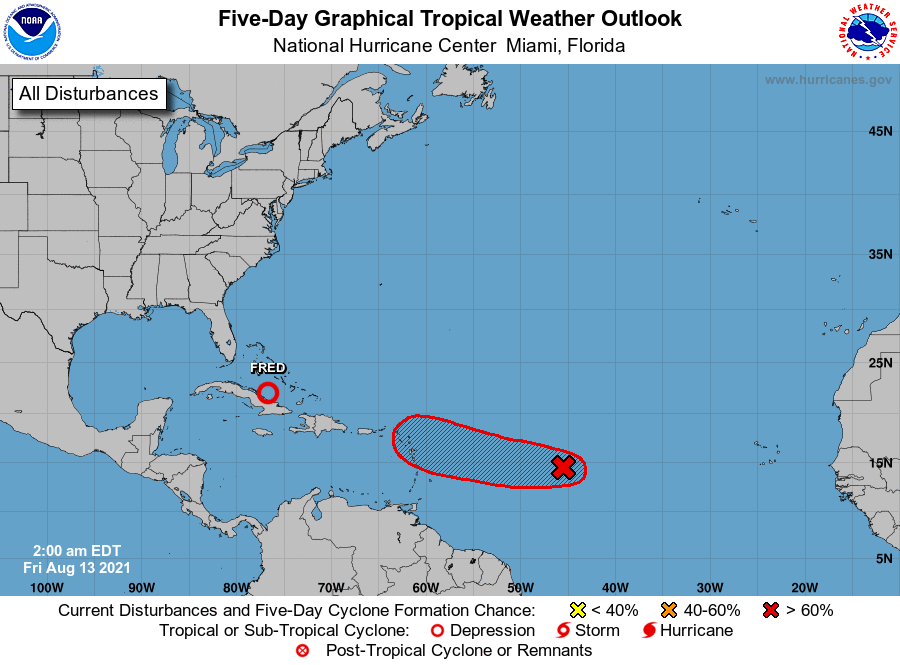 MIAMI — After a quiet July in the tropics, things are starting to become more active. The latest tropical wave is now bearing down on the Caribbean and is expected to move to the Florida Keys as a tropical storm..

Fred is the sixth named storm for the Atlantic Hurricane season. The Florida Keys have been put under a Tropical Storm Warning as Tropical Depression Fred soaks Cuba and shows signs of strengthening.

Meteorologists are also keeping an eye on a new tropical wave in the mid-Atlantic, Invest 95L. While disorganized now, this area of interest is showing a moderate chance of some development within the next week.

This wave will have to battle dry air over the coming days. As it moves closer to the Caribbean, it will enter a more favorable environment for seeing development.

If this wave becomes a named storm, the next name on this list will be Grace.