CHARLOTTE AMALIE — Governor Albert Bryan thanked President Biden and the U.S. Congress for working together to pass the president’s $1.2 trillion bipartisan infrastructure bill, which will help the local government maintain its efforts to restore the territory to full economic recovery.

“This is a landmark package of legislation that will bring the country, as well as the U.S. Virgin Islands, a much-needed economic shot in the arm after the devastating financial effects of the COVID-19 pandemic,” Governor Bryan said. “President Biden and both Houses of Congress are to be commended for their determination to assist the American people, and on behalf of the U.S. Virgin Islands, we are grateful that our leaders were able to stay on track through weeks of negotiations to bring this bill to a successful conclusion.”

The provisions of the bipartisan infrastructure bill that the U.S. House passed on Friday, and which has already passed the Senate and now goes to President Biden for his signature, are intended to improve the nation’s roads, bridges, pipes, ports and Internet connections. In addition to other allocations, the U.S. Virgin Islands will receive a share of the following appropriations outlined in the bill:

The governor also encouraged Congress to continue its work toward passage of the $1.75 trillion “Build Back Better Act,” which the House did not take action on Friday and still has to pass through both chambers of Congress.

“On behalf of the Territory, I also want to urge the House and Senate to expeditiously finish approving the “Build Back Better Act,” which would greatly enhance the lives of Virgin Islanders through benefits to social services in multiple areas,” Governor Bryan said. “It is my hope that our elected officials in Washington, D.C., continue their efforts and maintain the progress they have made to help raise the standard of living for the Territory and across the country.”

Under the current version of the “Build Back Better Act,” benefits to the USVI include increases to Medicaid, funds for tuition, capital projects, climate change mitigation and historic preservation and other assistance for community development.

Bryan also thanked Delegate to Congress Stacey Plaskett for working closely with her colleagues in Washington to ensure the passage of the bipartisan infrastructure bill on behalf of the people of the Virgin Islands.

The social media comments on this news article tended to be about practical matters closer to home.

“Who do I contact for over grown bushes in a road that overgrown completely,” Rosy Marie said on Facebook. 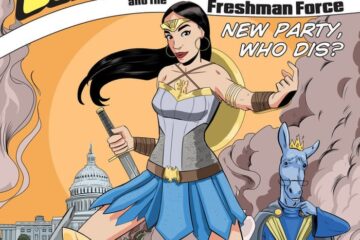 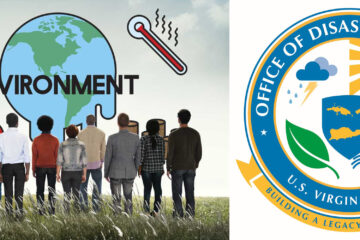 Biden Awards The Territory $5.6M To Combat The Impact of Climate Change 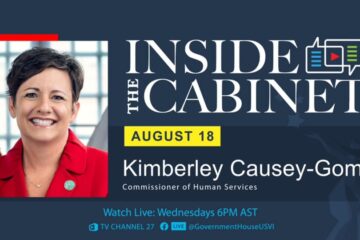