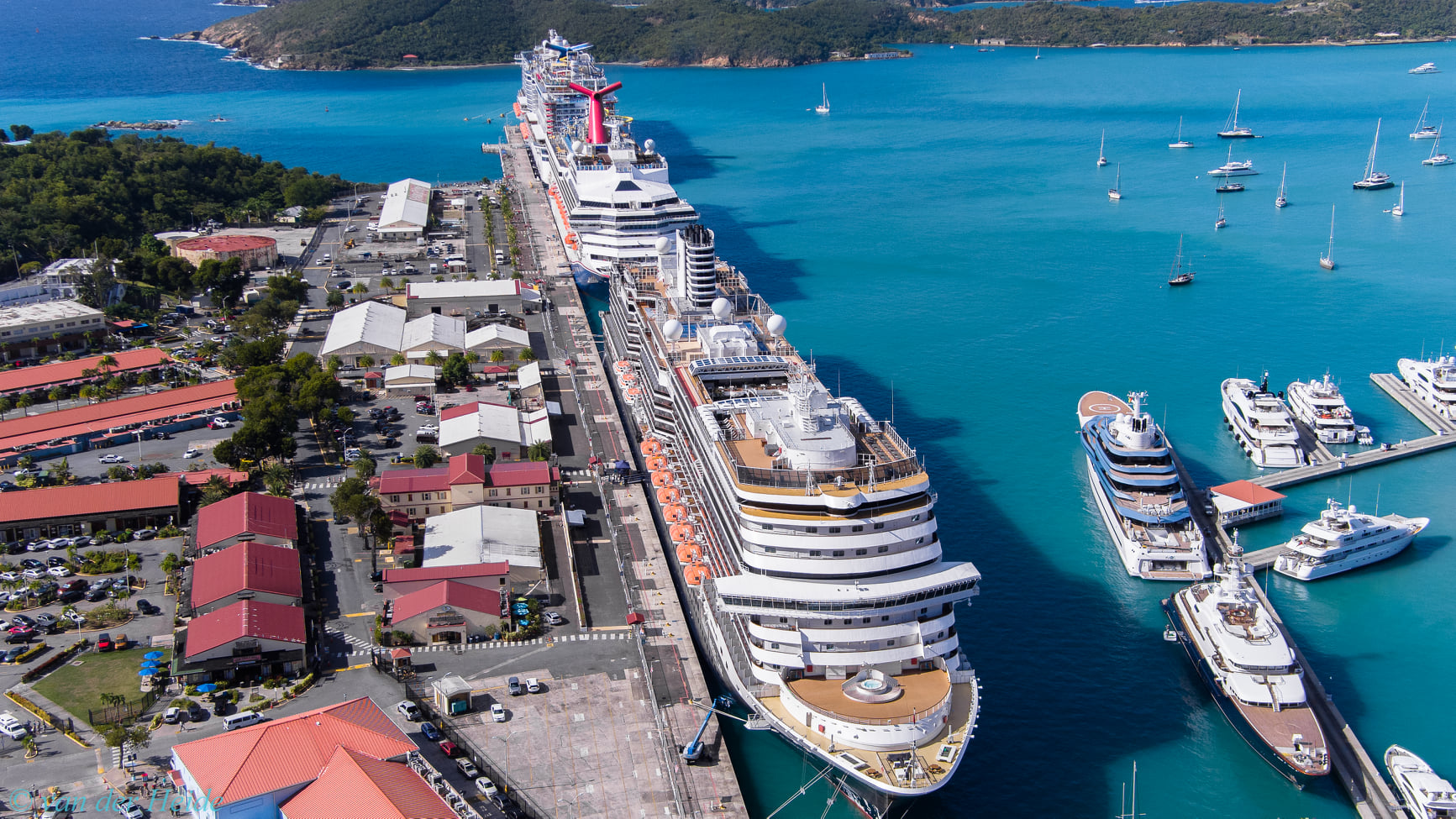 CHARLOTTE AMALIE — At least 48 people have tested positive for the coronavirus on Royal Caribbean’s Symphony of the Seas cruise ship that docked in St. Thomas on Wednesday, the company said, as the omicron variant continues to spread around the world.

The sprawling ship, which boasts a nightclub and theater, left Miami on December 11 for a seven-day trip and made a handful of Caribbean stops, including Sint Maarten.

Coronavirus regulations stipulated by the company meant that all travelers over the age of 12 had to be fully vaccinated and produce a negative test result before the voyage.

The company said it did not have plans to cancel any of its upcoming cruises.

Regarding a separate cruise, “we were notified by the [Centers for Disease Control and Prevention] that a guest on board our [December] fourth cruise tested positive and it was identified as omicron,” Royal Caribbean spokesperson Lyan Sierra-Caro told USA Today.

The CDC said it was aware of the Symphony of the Seas outbreak and was working with Royal Caribbean to “gather more information about the cases and possible exposures.” Officials said specimens would be taken for genetic sequencing.

More than 6,000 passengers and crew members were on the December 11 cruise, the company said, adding that those who tested positive were immediately isolated to prevent the spread of infection. The cruise line said they were either asymptomatic or experiencing mild symptoms.

Some of the ship’s passengers criticized the company’s handling of the outbreak, saying they had been given a false sense of security after the cruise was advertised as safe by officials who hailed their testing capabilities.

“They failed their own safety standards,” James Johnson, who stayed on the ship with family members, told the Miami Herald, as other passengers reported that they had received conflicting advice from overwhelmed staffers amid the outbreak about testing and whether they needed to quarantine.

The World Health Organization warned Sunday that cases of the omicron variant are spreading “significantly faster” than the delta variant, raising fresh concerns for economies along with retail, travel and hospitality sectors around the world — which are still reeling from restrictions and shutdowns sparked at the beginning of the health crisis.

The outbreak on the Royal Caribbean ship has thrust cruise liners back into the spotlight.

In March 2020, the industry in the United States went dark as the CDC announced a “no sail order,” which was upheld for more than a year. In June 2021, Celebrity Edge began sailing again, making it the first big vessel to depart from a U.S. port since the pandemic shutdown.