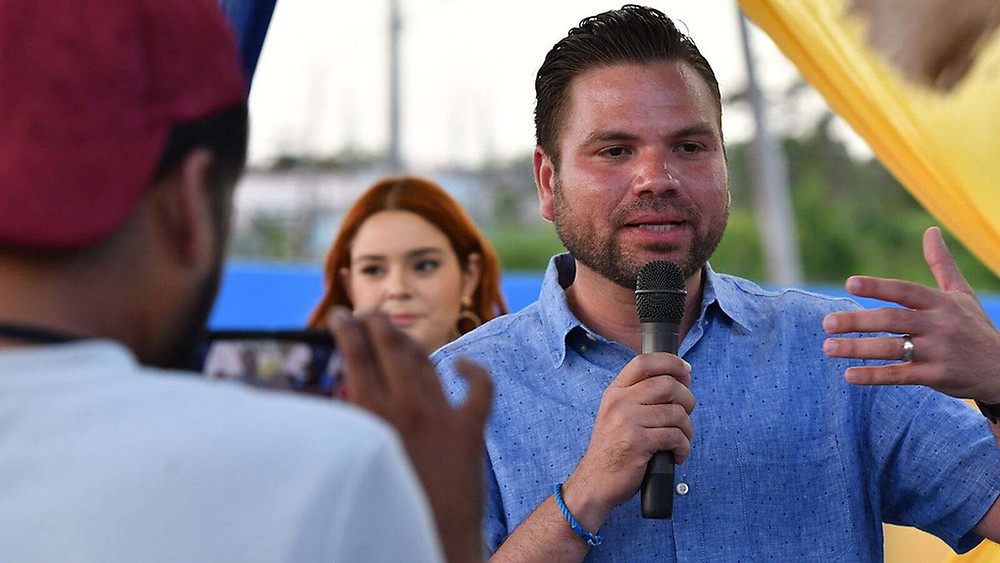 SAN JUAN — A mayor pleaded guilty yesterday to engaging in a bribery scheme in which he received cash payments in exchange for awarding Puerto Rico municipal contracts to an unnamed company (Company A). Meanwhile, a Puerto Rico contractor was arrested today for allegedly paying bribes and kickbacks to the mayor.

Felix Delgado-Montalvo, 40, was the mayor of and highest-ranking government official in the municipality of Cataño. Delgado-Montalvo resigned his position as mayor on Tuesday. According to court documents, Delgado-Montalvo unjustly enriched himself by accepting bribes, including cash payments from a particular person, whose business, Company A, would then benefit by being rewarded municipal contracts, including a contract worth nearly $50,000. As part of his plea agreement, Delgado-Montalvo agreed to forfeit $105,820 as proceeds of his illegal conduct.

Delgado-Montalvo pleaded guilty to one count of conspiracy to solicit and accept bribes. He is scheduled to be sentenced on March 8, 2022, and faces a maximum penalty of five years in prison. Chief Judge Raúl M. Arias-Marxuach for the U.S. District Court for the District of Puerto Rico will determine any sentence after considering the U.S. Sentencing Guidelines and other statutory factors.

Villegas-Vargas is charged with conspiracy to pay bribes, bribery, and use of an interstate facility in aid of racketeering. If convicted of all counts, Villegas-Vargas faces a maximum total penalty of 20 years in prison. A federal district court judge will determine any sentence after considering the U.S. Sentencing Guidelines and other statutory factors.

The investigation was conducted by the FBI’s San Juan Field Office.

The cases are being prosecuted by Trial Attorney Ryan R. Crosswell of the Criminal Division’s Public Integrity Section, and Assistant U.S. Attorneys Scott H. Anderson and Nicholas W. Cannon of U.S. Attorney’s Office for the District of Puerto Rico.

An indictment is merely an allegation, and Villegas-Vargas is presumed innocent until proven guilty beyond a reasonable doubt in a court of law.