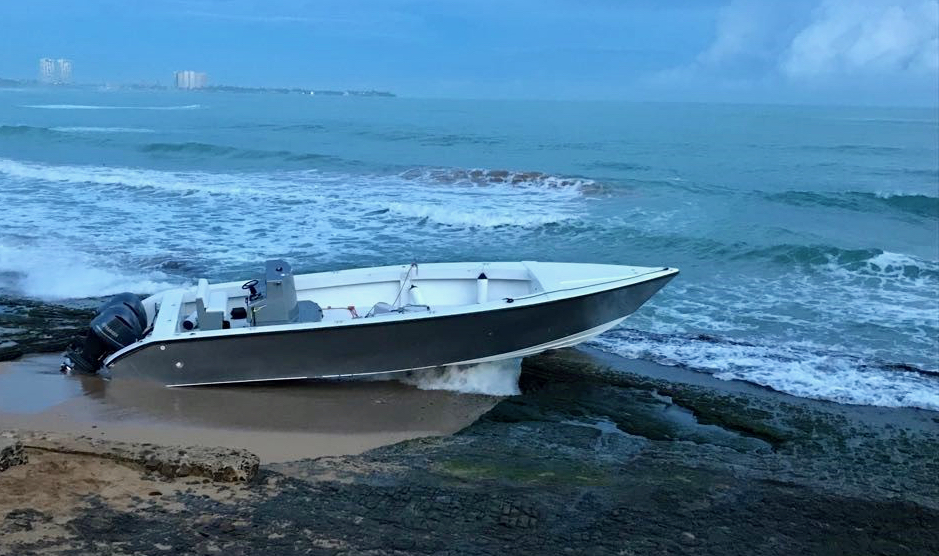 CHARLOTTE AMALIE — Three Puerto Rican men were arrested on December 29, 2021 in St. Thomas on criminal charges related to trying to bring at least 11 pounds of cocaine into the territory.

The agents rendered the engine on the individuals’ vessel inoperable. The three individuals on the vessel were then taken into custody. A subsequent search located three black duffel bags containing seventy-five kilogram packages of cocaine.

The three men are charged with possession with intent to distribute more than five kilograms of cocaine on a covered vessel, and conspiracy to commit the same offense, in violation of 46 U.S.C. § 70503(a)(1) & 46 U.S.C. § 70506(b). If convicted, they face a maximum penalty of life imprisonment.

Here’s some of the commentary by Virgin Islands Free Press readers on social media.

“When will they learn that radar doesn’t give a s#$% about navigation lights?” Andy Young said. “Red flag! Hi speed in daylight is a bit easier to swallow. Idjits.”