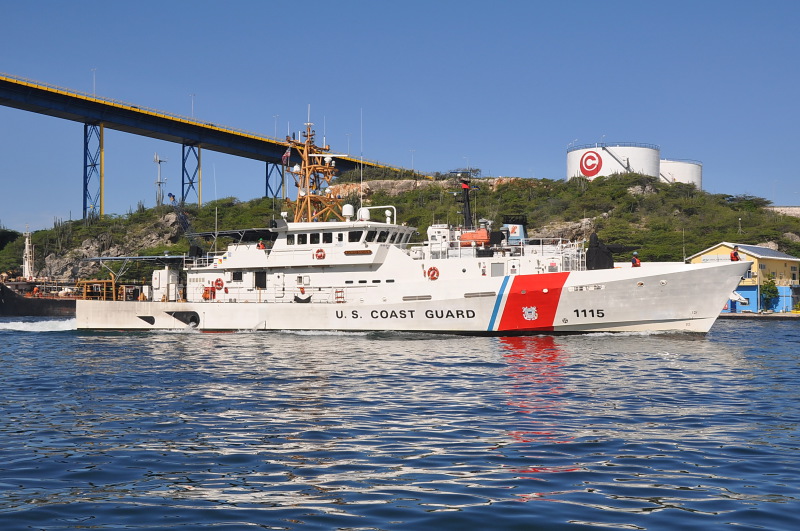 “These interdictions highlight the professionalism, commitment and unwavering resolve of the Coast Guard and our Caribbean Border Interagency Group partners in safeguarding the maritime border of Puerto Rico,” said Cmdr. Beau Powers, Sector San Juan chief of response. “We continue to implore anyone thinking about taking part in an illegal voyage that they not take to the sea! It is just not worth it, not only would you be putting your life at risk, but the life of everyone else if the voyage.  You are also risking federal prosecution for attempting to enter illegally into the United States.”

During a routine patrol Sunday, the aircrew of a Customs and Border Protection Marine Enforcement Aircraft detected the illegal voyage in the Caribbean Sea 18 miles west of Aguadilla. Following the sighting, the Coast Guard Cutter Joseph Napier interdicted a 30-foot smuggling vessel and safely embarked 25 persons. All the passengers claimed to be Dominican Republic nationals.

The cutter Joseph Napier repatriated 24 individuals from this voyage Wednesday, while one Dominican Republic national remains in custody facing federal prosecution on charges of attempted illegal reentry into the United States.

CBIG was formally created to unify efforts of the U.S. Customs and Border Protection, the U.S. Coast Guard, U.S. Immigration and Customs Enforcement, the United States Attorney’s Office for the District of Puerto Rico, and Puerto Rico Police Joint Forces of Rapid Action, in their common goal of securing the borders of Puerto Rico against illegal migration and drug smuggling.