Disney+ Expanding To 42 Countries, Including Sint Maarten, This Summer

PHILIPSBURG — Disney+ is launching in 42 additional countries and 11 territories in Europe, the Middle East and Africa this summer. Notable new countries include South Africa, Turkey, Poland and the United Arab Emirates.

The streaming service is currently available in 64 countries, including the United States, Canada and the United Kingdom. Disney hasn’t specified the exact dates that the service will launch in these new countries and hasn’t shared information regarding regional pricing, but will likely do so in the coming months.

News of the expansion comes as Disney recently revealed that it plans to more than double the number of countries Disney+ is available in to over 160 by its fiscal 2023. The company plans on expanding its direct-to-consumer streaming business to more global markets and is creating a new International Content and Operations group to aid in this push. The group will be headed by nearly 25-year Disney veteran Rebecca Campbell, who will focus on local and regional content production for Disney’s streaming services, while also overseeing Disney’s international teams.

As of the end of fiscal 2021, Disney says it had 179 million total subscriptions across Disney+, ESPN+ and Hulu. The company notes Disney+ hit 118 million subscribers globally in the fourth quarter of 2021.

As Surge of Migrants Arriving In Puerto Rico By Sea Continues, 45 Are Detained In Beach Town 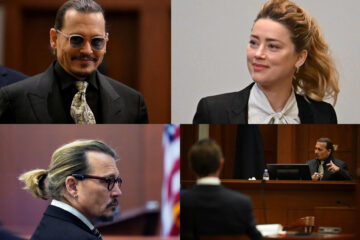 Disney+ Expanding To 42 Countries, Including Sint Maarten, This Summer