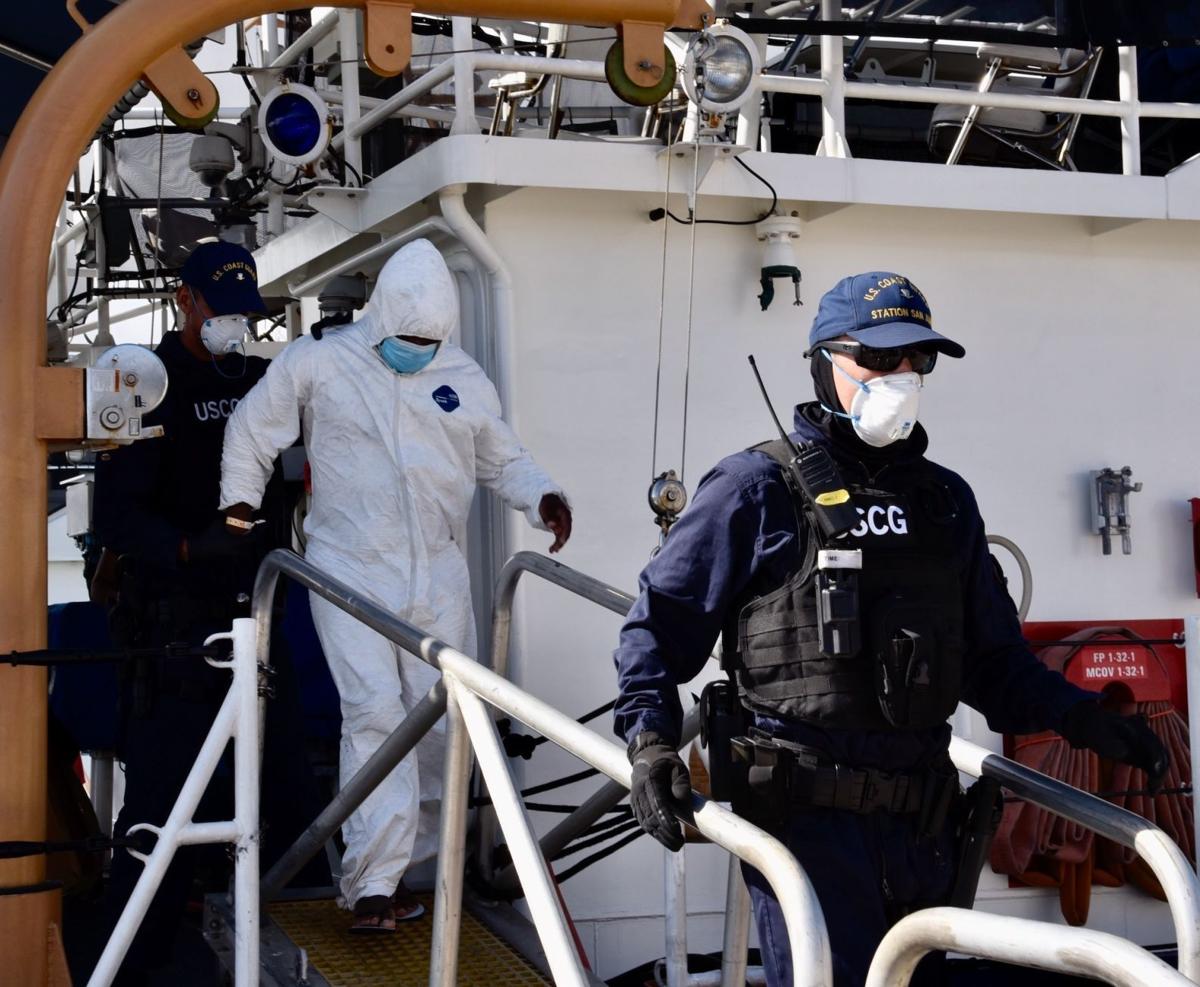 CHRISTIANSTED — A Venezuelan national today admitted in federal court to smuggling 108 pounds of cocaine into the territory.

Johan Garcia Suarez, 33, of Caracas, one of eleven Venezuelan nationals apprehended at sea off of St. Croix, pleaded guilty to conspiring to possess with intent to distribute over five kilograms of cocaine while on board a vessel subject to the jurisdiction of the United States, U.S. Attorney Gretchen C.F. Shappert said.

After requesting and receiving permission from the flag state (Venezuela) to stop the vessel, USCG
personnel attempted a right of visit boarding, which was ineffective because crew on the La Gran
Tormenta disregarded Coast Guard personnel’s instructions. Eventually USCG personnel
obtained control of the La Gran Tormenta through use of an “entanglement tactic” which
stopped the vessel’s engine. A USCG counter-drug boarding team encountered 11 persons, including
the defendant.

Johan Garcia Suarez’s sentencing date has yet to be scheduled. A federal district court judge will determine any sentence after considering the U.S. Sentencing Guidelines and other statutory factors.
The other ten defendants are scheduled for trial on July 18, 2022 in federal court. They face a
mandatory minimum of 10 years in prison and maximum of life if convicted.

The case was investigated by the U.S. Coast Guard, Customs and Border Protection, and the U.S.
Drug Enforcement Administration (D.E.A.). It is being prosecuted by Assistant U.S. Attorney
Melissa P. Ortiz.

This effort is part of an Organized Crime Drug Enforcement Task Forces (OCDETF) operation. OCDETF identifies, disrupts, and dismantles the highest-level criminal organizations that threaten the United States using a prosecutor-led, intelligence-driven, multi-agency approach. Additional information about the OCDETF Program can be found at
https://www.justice.gov/OCDETF.