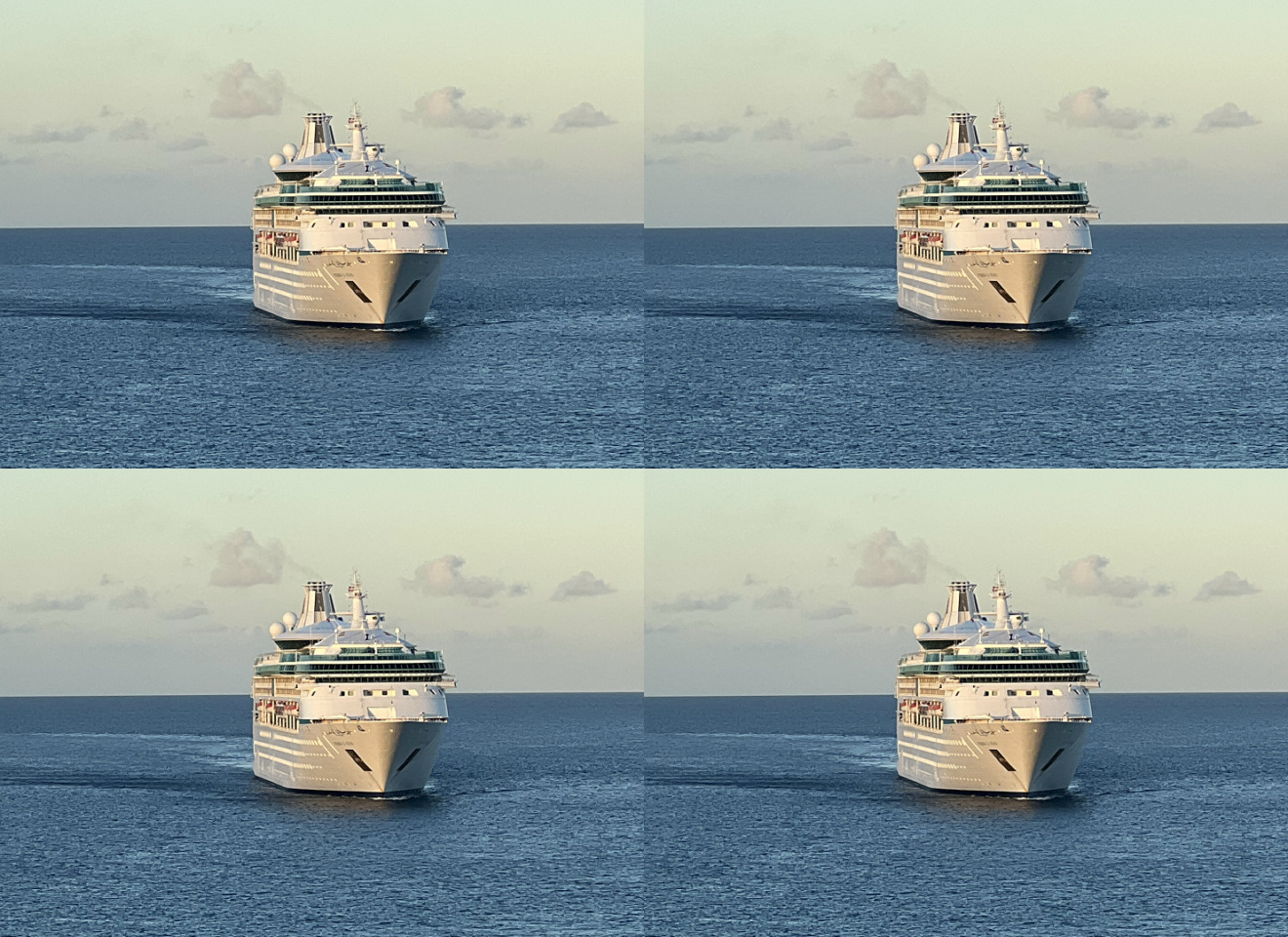 This past week, I received lots of information from both crew members and cruise guests that several Royal Caribbean cruise ships are transferring crew members, who test positive or are ill with COVID-19, to one of two idle ships in the fleet (Vision of the Seas and Rhapsody of the Seas) which are being operated as floating quarantine hotels and/or hospitals at sea. There are many hundreds of infected and sick crew members on these two ships, which many crew are now calling “plague ships.” Yet, currently the Centers for Disease Control and Prevention (CDC) designate the COVID-19 status of both the Vision and Rhapsody as “green” (“no reported cases of COVID-19”) on the CDC’s Covid Cruise Ship Color Status website.

(The term “plague ship” is a nineteenth century phrase commonly used to refer to a vessel filled with disease and pestilence. “Plague ship” more recently is a science fiction novel published in 1956 where crew members on a space ship become ill with severe headaches and end up in a semi-coma state. The crew discovers that they are considered to be pariahs and their rocket declared a plague ship).

I first learned this while communicating with a crew member on the Jewel of the Seas who explained that Royal Caribbean transferred twenty-one (21) crew members from the Jewel in order to avoid a Caribbean port regulation that bars ships which have more than 1% of the ship population positive for coronavirus. The next day after the Jewel transferred the infected crew members to the Rhapsody in Barbados, another twenty-five (25) crew members tested positive for COVID-19. The Jewel was scheduled to sail back to Miami at the end of its last cruise but it altered its course to stop in Coco Cay and transferred the 25 infected crew members to the Vision of the Seas which was anchored nearby. (The Jewel was just barred from porting this morning in Cartagena, Colombia because fifty-one (51) crew members are infected with COVID-19).

All of these transfers occur at night apparently in the hopes that cruise passengers will not observe the spectacle.

A week ago, we wrote about forty-nine (49) Royal Caribbean crew members infected on the Harmony. Apparently, the cruise line transferred these crew members off the ship before it returned to Port Canaveral.

It is irrational for the CDC to designate these two cruise ships as “green:”

Transferring COVID-19 positive (and sometimes ill ship employees) to what some crew members commonly refer to as the “plague ships” is problematic on several levels.

It appears that these transfers are taking place to skirt around the 1% regulation of many Caribbean ports. Blocking cruise ships from calling at Caribbean ports is intended by these countries (which often have a low vaccination rate) to protect the health and safety of port residents. But from the cruise lines’ perspective, it causes disruption of the ship’s itinerary, results in the cancellation of shore excursions, and disappoints the fare-paying guests. Sometimes the cruise line also pay the guests $100 or so for the missed port.

There is a tremendous financial incentive to dump infected crew members into the company’s floating “quarantine hotels.” Land based hotels, like the Raddison, where Royal Caribbean is housing infected guests from the recent outbreak on the Harmony,  costs a few hundred dollars a day when you factor in the room and board. If you reasonably estimate that Royal Caribbean has anywhere from 60 to 125 infected crew members per ship on around a dozen cruise ships or so sailing in Caribbean waters, that’s around 1,000 infected ship employees. Quarantining crew members in South Florida would cost the company well over $1,500,000 a week in quarantine-related room and board, multiplied by at least a week of quarantine.  If the Omicron surge continues for another two months, the cruise line could well spend over $15,000,000 if they house crew members ashore.

Royal Caribbean appears to have decided to avoid these expenses by turning a couple of its dormant cruise ships into floating hotels.

Royal Caribbean also saves a lot of money by keeping its ill crew members on its ship under the responsibility of its minimally paid ship doctors and nurses. We know, from communicating with crew members on these ships, that some of them have tested positive and require medical treatment for a range of COVID-19 related symptoms which include sore throats, headaches, chills, fever and fatigue.

The biggest criticism we hear from crew members is that the company restricts their access to U.S. shoreside doctors (who are more likey to prescribe more extensive and expensive medical treatment) and prefer that the crew be treated by ship doctors who are inclined to hand out ibuprofen as the cure-all for crew members ailments.

It is highly questionable whether infected crew members should be quarantined on a cruise ship in the first place, putting the issue of saving money aside. Cruise ships are known for their poorly designed ventilation systems, which recycles air throughout the cabins. We have written several articles about the airborne spread of norovirus throughout the ship when guests or crew become ill with that virus. Read: Airborne Virus Transmission: Why Didn’t Cruise Ships Install HEPA Air Filters Long Ago? Is the company permitting quarantined crew members to stay alone in guest cabins with balconies? Or are they huddled together in balcony-less cabins on lower decks breathing recycled air?

COVID-19 after all is another airborne virus which also easily spreads through the air conditioning and closed ventilation systems, as leading epidemiologists have concluded.

The fact that the Vision and the Rhapsody have many hundreds of infected and ill crew members on he ships raises a number of questions regarding Royal Caribbean’s intentions and the CDC’s involvement.  Is Royal Caribbean accurately reporting these positive COVID-19 cases to the CDC? If so, why hasn’t the CDC assigned a “red” designation to these ships? Why on earth would the CDC designate these ships as “green,” meaning no reported COVID-19 cases?

The CDC’s designation of the Vision and Rhapsody as “green” (COVID free) subjects the CDC to ridicule. Unfortunately, it provides a basis to question all of the CDC’s findings, at a time when travelers need a reliable source of information about the surge in COVID-19 cases caused by the Omicron variant

The U.S. CDC has the authority to inspect foreign-flagged cruise ships which pose hazards to their passengers or crew.  Let’s hope that the federal health agency takes a hard look at these two Royal Caribbean cruise ships. The CDC should immediately designate them as “yellow” and begin an investigation. The CDC needs to investigate exactly how many infected and ill crew members are aboard these plague ships, and determine whether it is reasonably safe and appropriate to house ship employees in this manner.

Image credits: Top – Vision of the Seas sailing into Coco Cay to pick up infected / ill Royal Caribbean crew members from the Harmony of the Seas – anonymous guests on the Harmony; various photos and videos – respective users on Twitter and TikTok.

By Jim Walker OF CRUISE LAW NEWS on January 4, 2022 – POSTED IN DISEASE