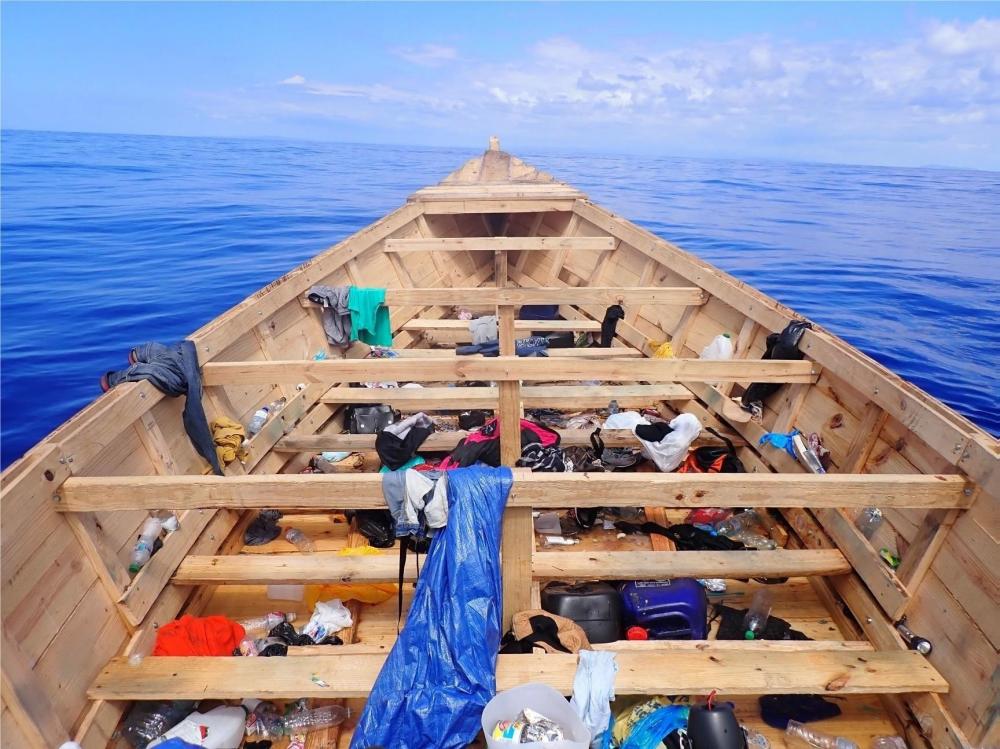 The interdiction is the result of ongoing local and federal multi-agency efforts in support of the Caribbean Border Interagency Group CBIG.

“This was a great case and outcome for the Coast Guard Cutter Richard Dixon and our CBIG partners, who work daily to safeguard the nation’s southernmost maritime border against existing threats and saving lives from the dangers associated with illegal voyages in the maritime domain,” said Cmdr. Beau Powers, Sector San Juan chief of response. “If you are thinking of taking part in an illegal voyage, we ask that you not take to the sea.  These voyages puts thousands of lives at risk. If caught, you will be returned to your country of origin or you could find yourself facing criminal prosecution in U.S. courts.”

During a routine patrol Tuesday, the aircrew of a Customs and Border Protection Marine Enforcement Aircraft detected an illegal voyage, approximately 10 nautical miles southeast of Rincon, Puerto Rico.  Following the sighting, the Coast Guard Cutter Richard Dixon interdicted the 30-foot makeshift boat.  The crew of the cutter Richard Dixon safely embarked all the passengers after they were observed bailing water to keep the vessel from capsizing.

The cutter Richard Dixon repatriated 27 men and 14 Haitian women from this group to a Dominican Republic Navy vessel Wednesday morning.

Once aboard a Coast Guard cutter, all migrants receive food, water, shelter and basic medical attention. Throughout the interdiction, Coast Guard crewmembers were equipped with personal protective equipment to minimize potential exposure to any possible case of COVID-19.

Since Oct. 1, 2021 to Feb. 28, 2022, the Coast Guard and CBIG partner agencies have carried out 45 illegal voyage interdictions in Mona Passage and Caribbean waters near Puerto Rico.   Interdicted during this period, are 1,088 non-U.S. citizens comprised mostly of Dominican Republic and Haitian nationals (798 Dominicans, 253 Haitians, 1 Ecuadorian, 36 Venezuelan).

CBIG unifies efforts between U.S. Customs and Border Protection, the U.S. Coast Guard, U.S. Immigration and Customs Enforcement, the United States Attorney’s Office for the District of Puerto Rico, and Puerto Rico Police Joint Forces of Rapid Action, in their common goal of securing the borders of Puerto Rico against illegal migrant and drug smuggling.