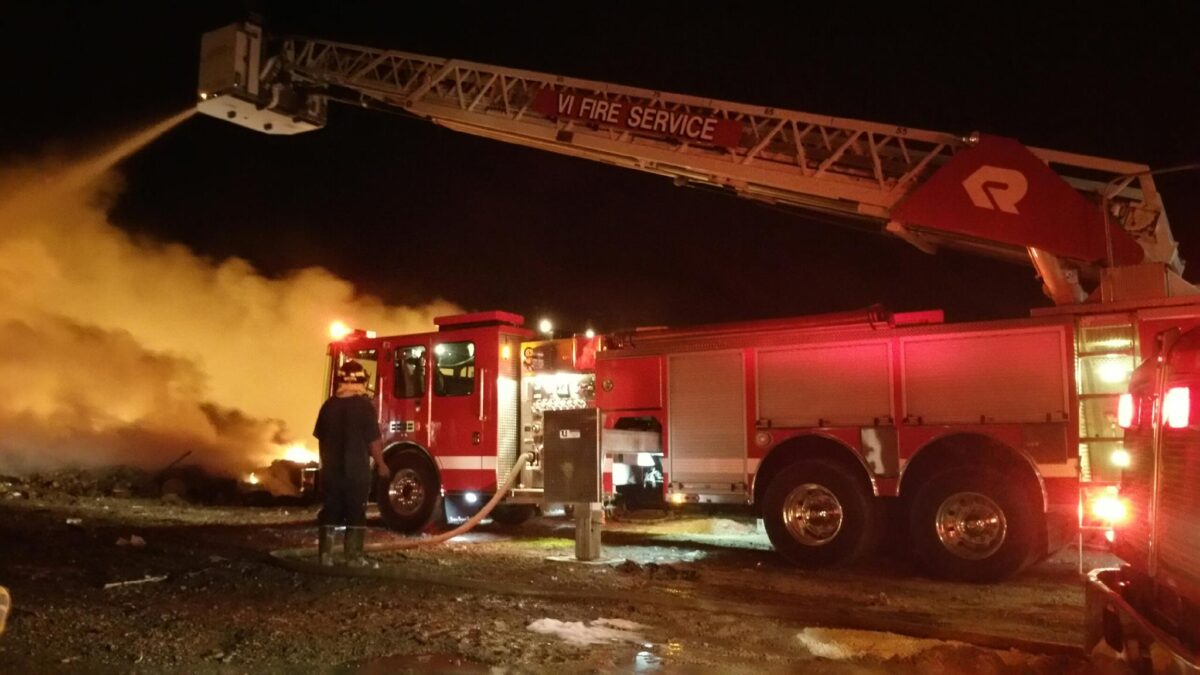 CHARLOTTE AMALIE — Four fire engine units and 14 personnel from three of the island’s four fire stations responded to a fire downtown on Wednesday, the Office of the Governor said.

At approximately 7:20 p.m., fire crews on St. Thomas were dispatched to a structure fire at 4B Norre Gade.

In 30 minutes, firefighters extinguished the fire, which occurred in the roof area of a building currently under construction.

“It was an eventful day, and I am extremely proud of our personnel’s performance,” said VIFS Director Daryl George. “On St. Thomas, firefighters worked well together to quickly extinguish a structure fire and prevent additional damage to the building and others around it.”