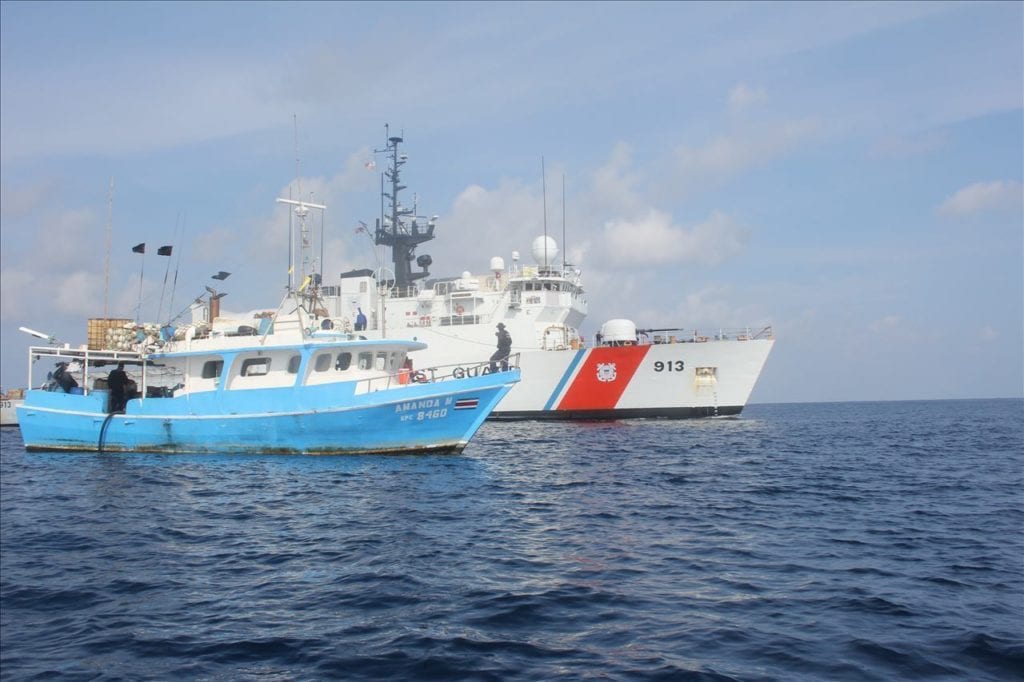 CHRISTIANSTED — Two Venezuelan members of an 11-man fishing vessel crew admitted to their roles in bringing 121 pounds of cocaine to the territory.

Henry Gonzalez Noriega, 47, and Francisco Rodriguez Infante, 28, each of Caracas, pleaded guilty Wednesday before U.S. District Court Magistrate Judge Emile A. Henderson III to conspiracy to possess with intent to distribute over five kilograms of cocaine while on board a vessel subject to the jurisdiction of the United States, U.S. Attorney Delia L. Smith said.

The two jettisoned bales contained packages with brick-shaped objects which were subsequently laboratory tested and found to contain approximately 49 kilograms of cocaine hydrocholoride.

After requesting and receiving permission to stop the vessel from the Venezuela, the flag state, USCG personnel attempted a right-of-visit boarding which was ineffective because crew on the La Gran Tormenta disregarded the USCG’s instructions.

Eventually, USCG personnel obtained control of the La Gran Tormenta
through use of an entanglement tactic which stopped the vessel’s engine.

The sentencing date for Noriega and Infante is scheduled for October 14, 2022.

For their convictions, they face a mandatory minimum sentence of 10 years in prison.

The case was investigated by the U.S. Coast Guard, Customs and Border
Protection, and the U.S. Drug Enforcement Administration.

It is being prosecuted by Assistant U.S. Attorney Melissa P. Ortiz.

Additional information about the OCDETF Program can be found at
https://www.justice.gov/OCDETF