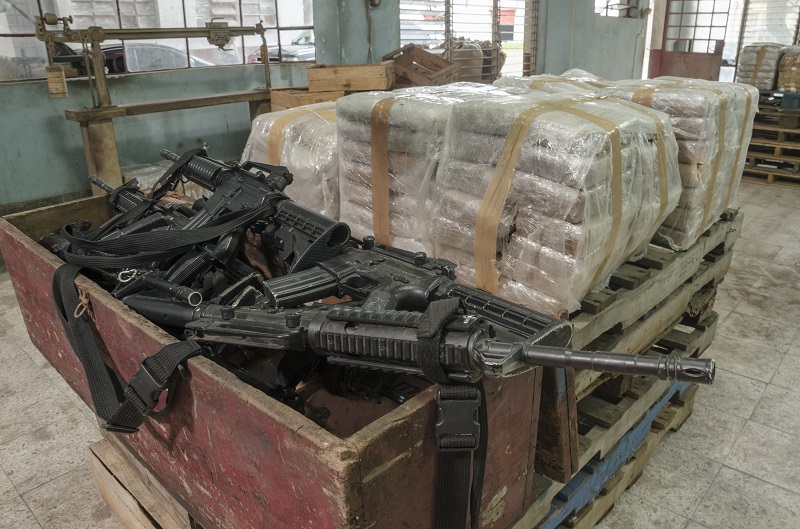 CHRISTIANSTED — A sixth member of the 11-member La Gran Tormenta Venezuelan fishing boat has pleaded guilty to his role in smuggling 124 pounds of cocaine to St. Croix.

Alexis Fuentes, 33, who was apprehended at sea off the coast of St. Croix, pleaded guilty before U.S. Magistrate Judge Emile A. Henderson, III to conspiracy to possess with intent to distribute cocaine while on board a vessel subject to the jurisdiction of the United States, U.S. Attorney Delia L. Smith said.

The sentencing date for Fuentes is scheduled for October 19, 2022.

Occupants of the La Gran Tormenta failed to respond to USCG’s efforts to engage in questioning of the crew, and upon detection, the La Gran Tormenta changed course and began jettisoning packages. Thereafter, the USCG requested and received permission to stop the vessel from Venezuela, the flag state of the vessel.

The USCG personnel then attempted a right-of-visit boarding which was ineffective because crew of the La Gran Tormenta disregarded the USCG’s instructions.

The smuggling of cocaine has increased in Venezuela in the 2010s, going from about 25 percent of South American cocaine coming from the country in 2010 to about 33 percent in 2015.
The case was investigated by the U.S. Coast Guard (USCG), U.S. Customs and Border Protection (CBP) and the U.S. Drug Enforcement Administration (DEA).

It is being prosecuted by Assistant U.S. Attorney Melissa P. Ortiz.

This effort is part of an Organized Crime Drug Enforcement Task Forces (OCDETF) operation. OCDETF identifies, disrupts, and dismantles the highest-level criminal organizations that threaten the United States using a prosecutor-led, intelligence driven, multi-agency approach. Additional information about the OCDETF Program can be found at https://www.justice.gov/OCDETF.