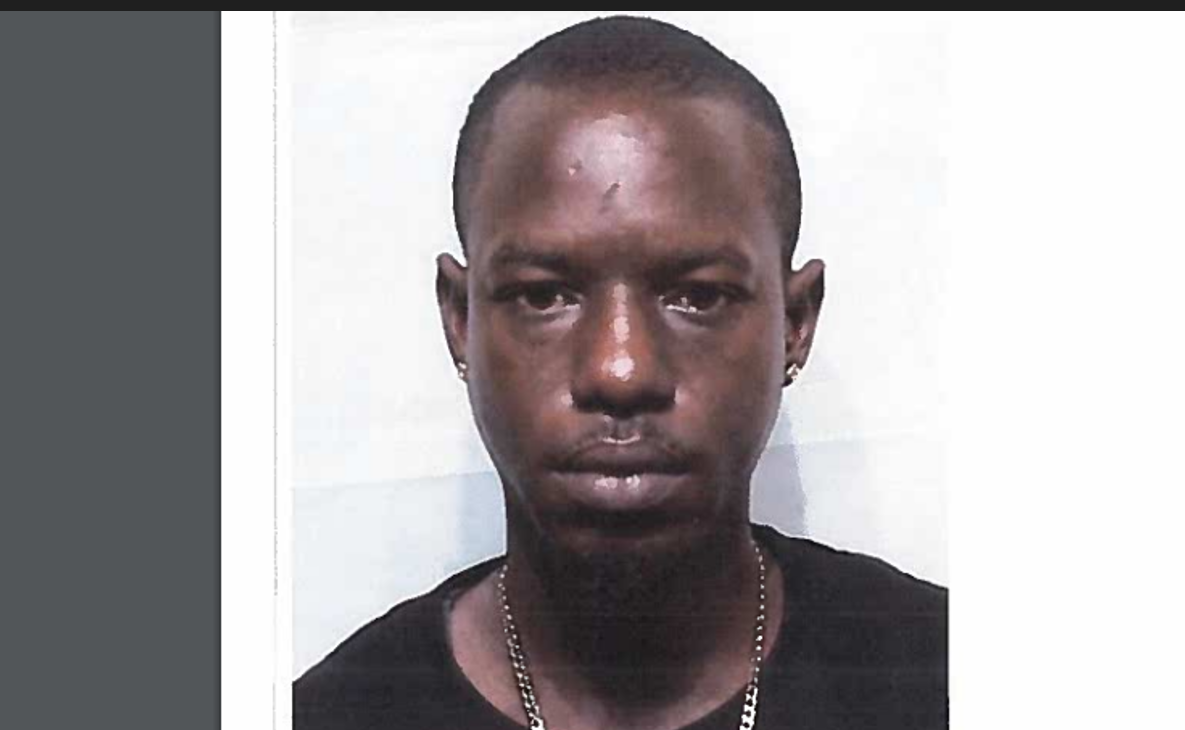 CHRISTIANSTED — A Frederiksted man on probation for illegal gun possession was caught walking around the JFK project in Richmond with a loaded 9 mm handgun in his waistband, authorities said.

Steadroy James, 32, of Estate Grove Place, was arrested on Tuesday and charged with carrying of a firearm openly or concealed and possession or sale of ammunition, the Virgin Islands Police Department said.

According to the probable cause fact sheet, officers assigned to the High Intensity Drug Trafficking Areas (HIDTA) of St. Croix heard a call come through the 911 Emergency Call Center about a man in blue jeans and a white t-shirt carrying a gun near Building No. 11 of John F. Kennedy Terrace.

Task Force Officer Moses President observed a man fitting that description walking across the JFK parking lot from west to east towards Building No. 10 carrying “a baby in his arms,” according to the sworn police affidavit.

Officers watched as the suspect, later identified as James, walked into an unknown apartment and walked out a few seconds later. Two officers approached the male individual in the archway of the building and tried to speak to him, but he ran away towards the rear of the building.

The two officers shouted at James to stop, but he kept running while holding onto the front waistline of his pants and looking back over his shoulder at the police in pursuit of him, according to Superior Court documents.

“James’ right slipper came off and he tripped and fell,” the probable cause fact sheet states. The two officers then knelt on the ground and asked the suspect to place his hands behind his back, which he did, and one officer placed handcuffs on him.

A search of the suspect by Task Force Officer President revealed that James had Springfield Armory XD-9 handgun in his front waistline inside a black holster, according to the sworn police affidavit.

“There were eighteen 9mm rounds of ammunition recovered from the firearm: 17 in the magazine and one in the chamber,” the probable cause fact sheet states. “A check of the Virgin Islands Firearm Registry revealed that Steadroy James does not have a license to possess a firearm within the Virgin Islands.”

Bail for James was set at $50,000. Unable to post bail, he was remanded to the custody of the Virgin Islands Bureau of Corrections pending further court action.

People reading this Virgin Islands Free Press news article on social media this Juneteenth national holiday were incredulous at the optics of it.

“Probation? Who does he know in the court?” Bristol Born Beals asked on Facebook.