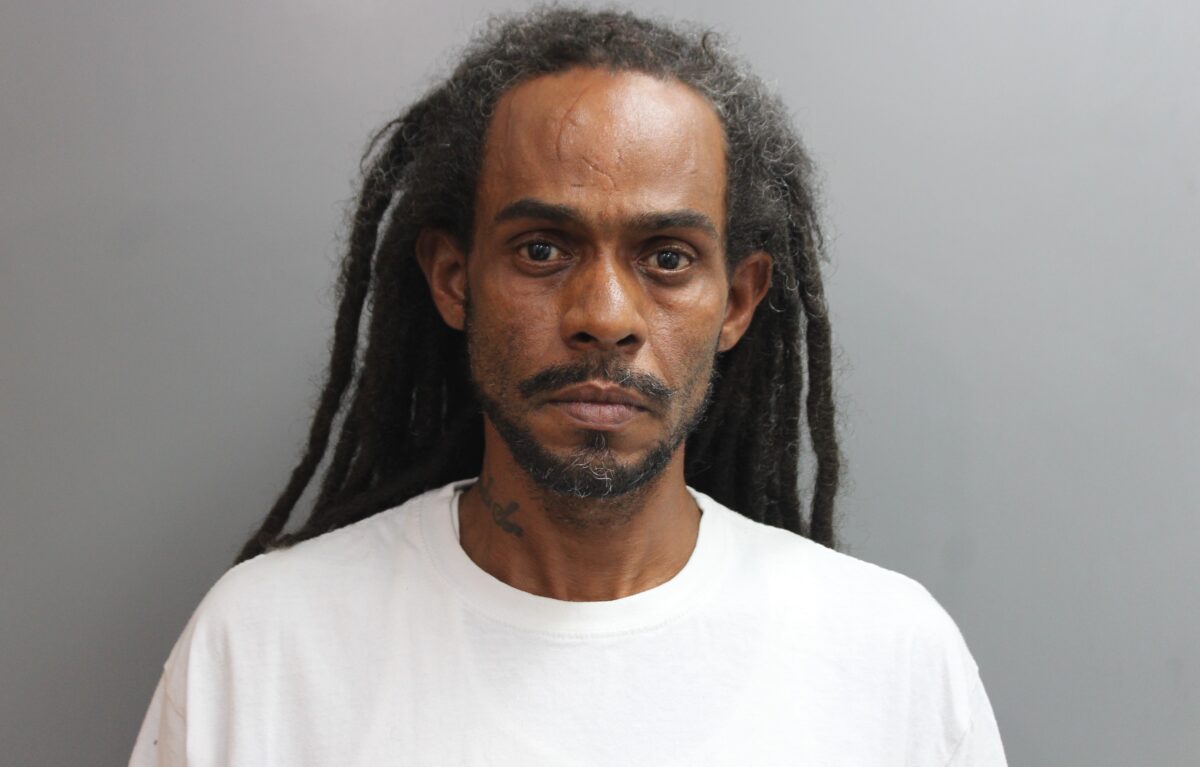 CHRISTIANSTED — One of the two suspects in a fatal shooting in Golden Rock last month was captured on surveillance video firing a gun at the victim, authorities said.

Timothy Perez, 42, of St. Croix, was arrested today and charged with first-degree murder in the death of Sean Joseph at Harborview Apartments on May 7, the Virgin Islands Police Department said.

At the crime scene last month, officers discovered an unresponsive body of an adult male, lying in the vicinity of the office in the plant bed, according to the VIPD. The male victim suffered multiple gunshot wounds to his upper torso and head and succumbed to his injuries.

Multiple spent casing was collected during the processing of the crime scene, police said. The male was identified as Sean Joseph aka Akeem Williams by his next of kin. The victim Joseph had been released less than 24 hours earlier from the John Bell Adult Correctional Facility.

“Video surveillance footage collected in the area assisted the investigation and lead us to secure an arrest warrant for 42-year-old Timothy Perez who was observed on footage firing multiple shots at the deceased,” VIPD Communications Director Glen Dratte said.

Bail for Perez was set by Superior Court Magistrate Judge Yolan Ross at 1,000,000.00 with no ten percent.

“Detectives are still seeking the second suspect in this homicide, if you know something, say something,” according to Dratte.