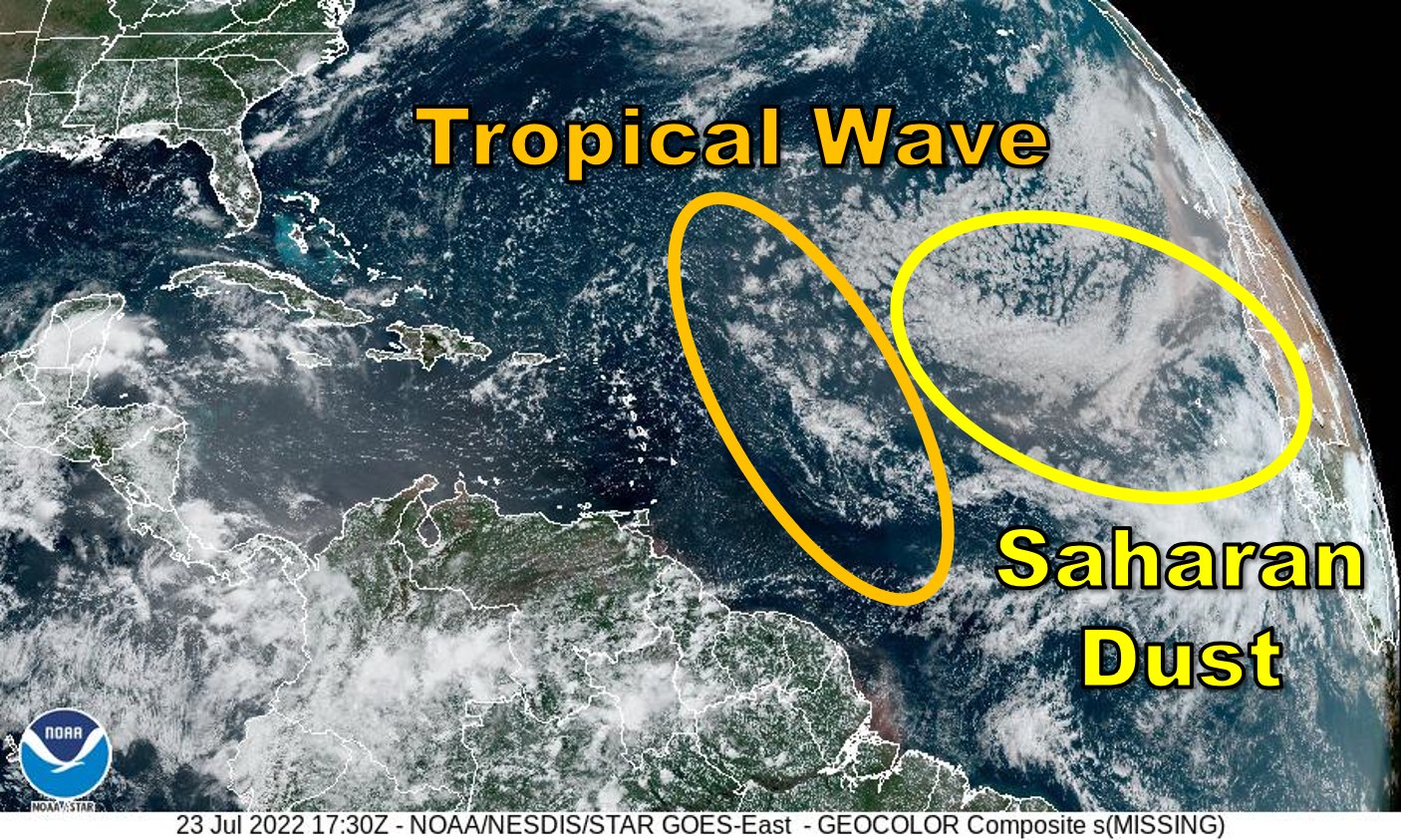 ,SAN JUAN — A tropical wave will bring showers and isolated thunderstorms to the USVI and Puerto Rico, producing moderate to locally heavy rains, from Sunday night into early Monday morning.

The areas most likely to be impacted are in eastern Puerto Rico and the U.S. Virgin Islands, according to an update from the National Weather Service in San Juan.

Thereafter, the emergence of Saharan Dust particulate along with the associated drier air mass will lead to mainly fair weather conditions and hazy skies by Monday.

Conditions remain quiet in the Atlantic basin, with no tropical cyclones expected over the next five days.

The National Hurricane Center is watching three tropical waves in the Atlantic basin, including one in the Caribbean.