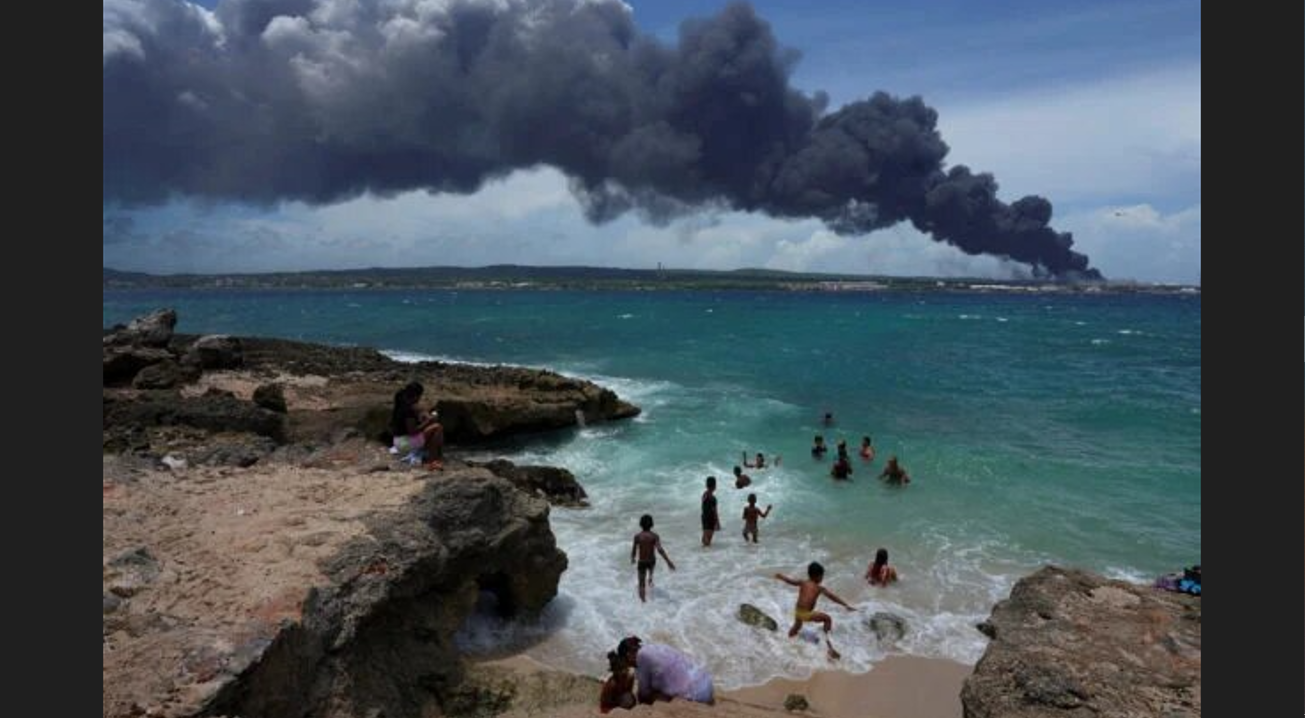 HAVANA — A massive oil-fed fire burned for a second day on Saturday near Cuba’s supertanker port in Matanzas, as Mexico and Venezuela sent teams to help fight the inferno and Cuba accepted a U.S. offer of unspecified “technical advice.”

On Friday evening, lightning struck one of eight storage tanks at the facility 60 miles east of Havana. Heat from the blaze reached a second tank on Saturday and the wind blew flames dangerously close to a third.

“We express deep gratitude to the governments of Mexico, Venezuela, Russia, Chile … which have promptly offered material aid in the face of this complex situation,” tweeted Cuban President Miguel Diaz-Canel.

“We also appreciate the offer of technical advice from the US,” he said.

Cuban authorities said at least 121 people were injured in the second blast, of which 36 remained hospitalized, five in critical condition. One person was listed as dead and 17 firefighters were unaccounted for. More than 1,000 civilians were evacuated from the area.

“There was a very big explosion yesterday around 8 p.m. and today at 5 a.m. a second explosion so big it lit up the area like the sun,” local resident Alfredo Gonzalez said.

Diaz-Canel visited the scene around midnight, then returned to spend Saturday coordinating the response as state-run television broadcast live coverage of the unfolding disaster.

Before the second blast, Diaz-Canel posted on Twitter that first responders were “trying to avert the spread of the flames and any spill of fuel” into the Matanzas bay.

Military helicopters were dumping seawater on nearby storage tanks as smoke reached Havana and residents were warned to avoid acid rain.

Cuba has been suffering daily blackouts and fuel shortages. The loss of fuel and storage capacity is likely to aggravate the situation which has led to small local protests in the last few months.

Jorge Pinon, director of the University of Texas at Austin’s Latin America and Caribbean Energy and Environment Program, said the area had eight big tanks each with a capacity of 300,000 barrels.

“The area is a transshipment point for fuel to various thermo-electric plants, not just the one nearby, so this could be very bad news for the power grid,” he said.