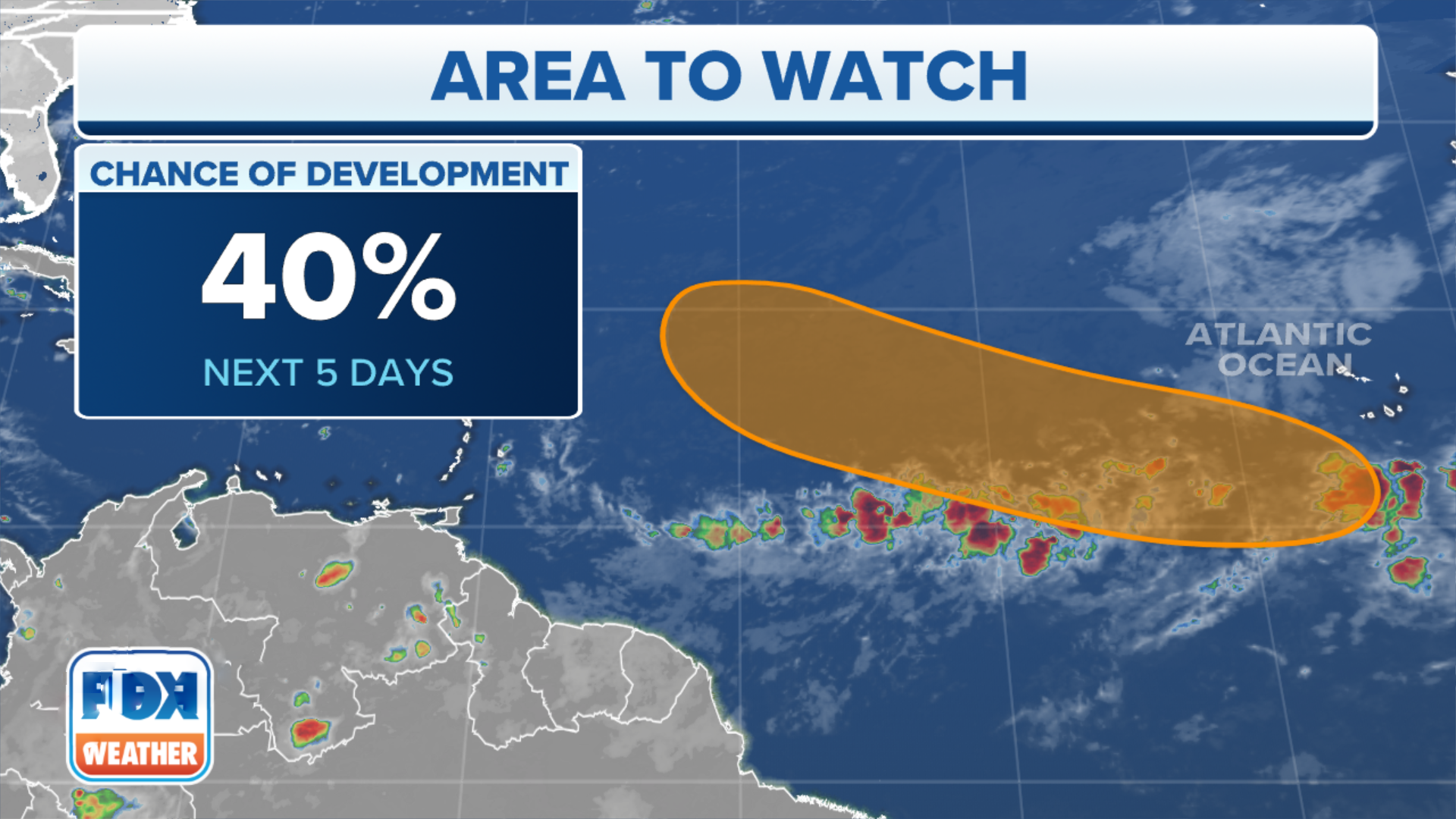 MIAMI — People in the Eastern Caribbean don’t expect severe tropical weather in August, but the Atlantic Basin could have a new tropical depression later this week.

Satellite observations show a fierce tropical disturbance has emerged off the western coast of Africa and is moving west-northwestward at 15 to 20 mph across the tropical Atlantic.

This disturbance has been dubbed Invest 97L by the National Hurricane Center. An invest is simply a naming convention used by the NHC to identify an area of weather that it is investigating for possible development into a tropical depression or tropical storm within the next five days.

The NHC is giving Invest 97L a 40 percent chance of development and says a tropical depression could form during the second half of the week ahead.

Computer forecast models suggest that dry air and upper-level winds could diminish enough for the disturbance to slowly organize and gain a center of circulation. Once a center is evident and winds are sustained at 30 to 35 mph, the NHC will declare the disturbance a tropical depression.

Whether or not the disturbance organizes into a tropical storm remains to be seen, but FOX Weather meteorologists say the one aspect guaranteed with the system is that it will stay harmlessly out over the open waters for at least a week.

“For now, we’re just keeping our eyes on it to see if anything comes together,” said FOX Weather meteorologist Jane Minar. “This is likely not going to have too much of an impact, but we will continue to watch it very closely.”