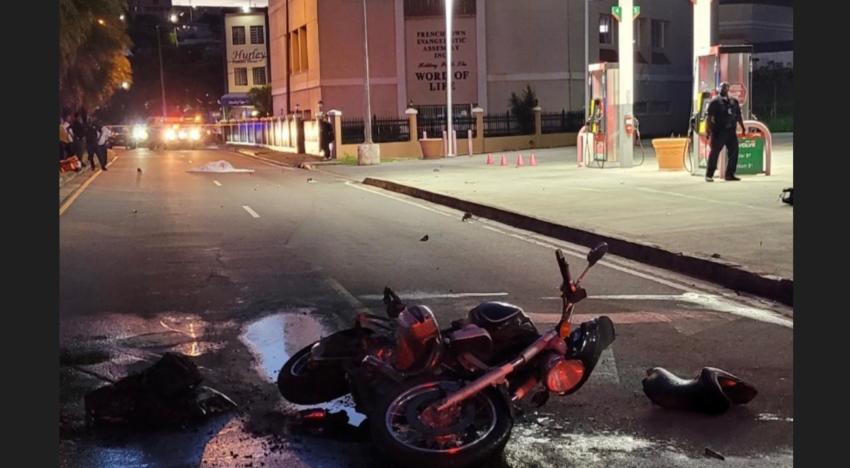 CHARLOTTE AMALIE — A driver of a motorcycle died in a fiery crash near a gas station in Frenchtown after being thrown from his vehicle on Saturday afternoon, authorities said.

The 911 Emergency Call Center got a reporting of a motorcycle collision near the Puma Gas Station in Frenchtown at 5:29 p.m. Saturday, the Virgin Islands Police Department said.

A preliminary investigation revealed a male individual lost control of his motorcycle striking an object and was ejected the from his motorcycle, according to the VIPD.

The unidentified male victim died on scene. VIPD EMS and Fire units all reported to the accident scene.

The VIPD Traffic Investigation Bureau is actively investigating this accident.

The deceased will be identified pending next of kin notification, police said.